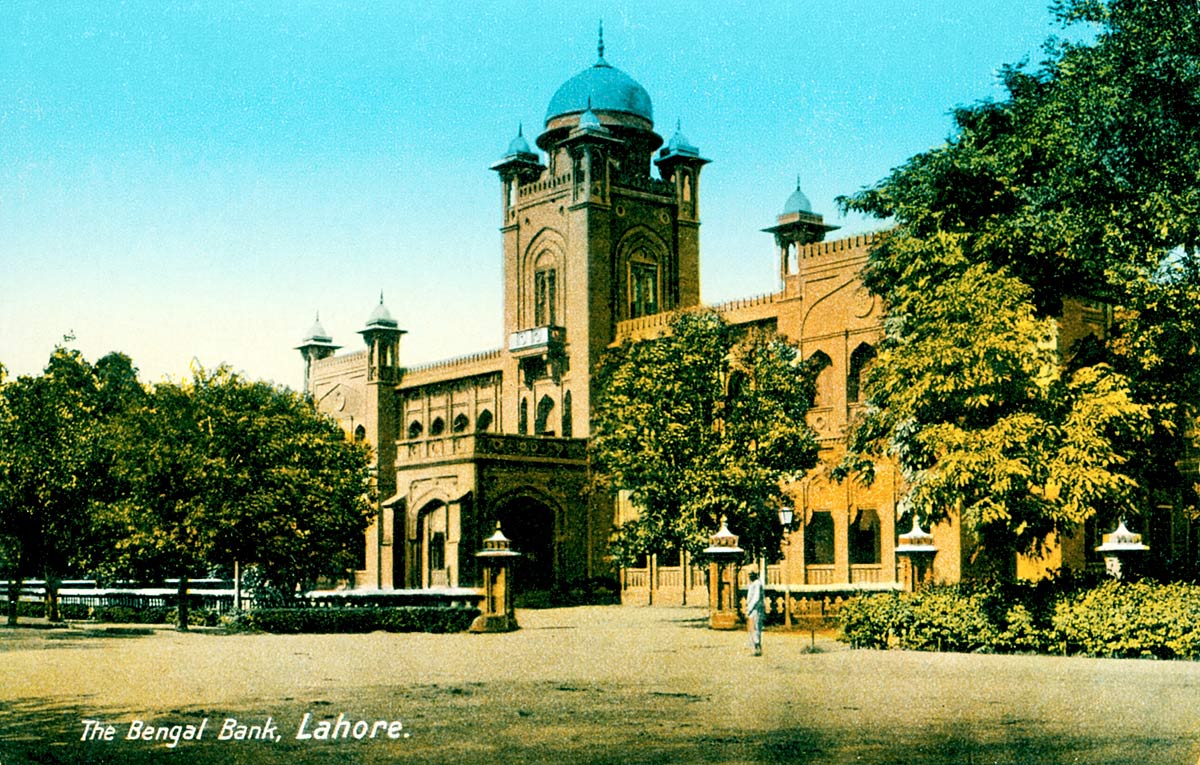 The Bengal Bank was established in 1809; the building on the Mall in Lahore dates to sometime after 1883-4. Once one of the larger banks in the subcontinent, it was merged into the Imperial Bank of India in 1921, and then the Reserve Bank of India in 1935. After Partition, it "came under the auspices of the State Bank of Pakistan," and in 1988, the Ministry of Justice, according to an well-researched article in 2012 by Sheraz Hyder in The Friday Times – research set off by a postcard. Hyder also discovered that the building, heavily defaced, still stands and is in use on the Mall.