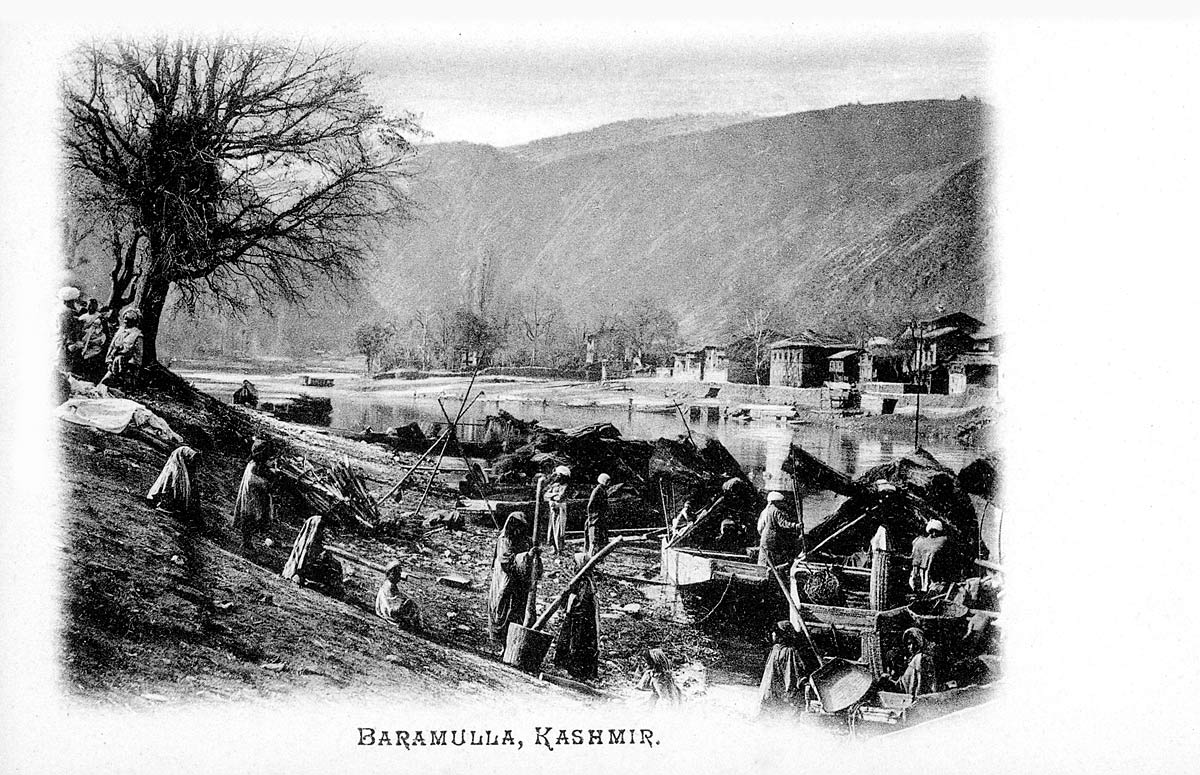 An almost painterly postcard when one examines the detail in the foreground of men and women workers, pounding and transporting grain; there are even people at the top left doing something under the tree. The photographer Fred Bremner would have arranged the scene during a trip he took to Kashmir soon after learning from a doctor in Lahore in 1902 that he had a fatal heart condition. It was meant to be his swan song, but did not stop him from extensively photographing the valley and publishing the first extensive series of Kashmir postcards starting in 1903 (when he returned to Lahore, a second doctor told him he was fine and would live another 40 years or so).

Baramullah was a gateway to the Kashmir valley for early travelers. The Jhelum River flows through the main town area.