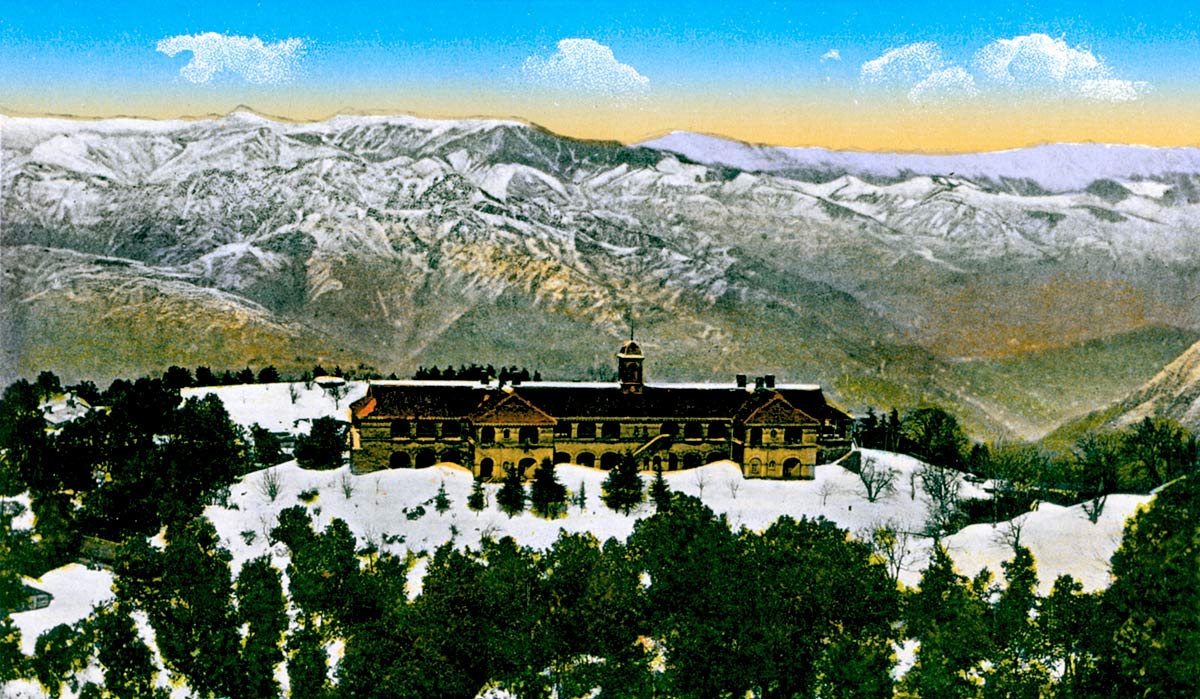 Army barracks crowned by the Himalayan mountains. Dalhousie is a hillstation in Chamba district, Himachal Pradesh founded in 1854 the by the original British colonists of India, the East India Company. It was meant for army and civilian officials and their families to renew themselves during the heat of the summer months in north India and still has a relatively small population of about 7,000 people.