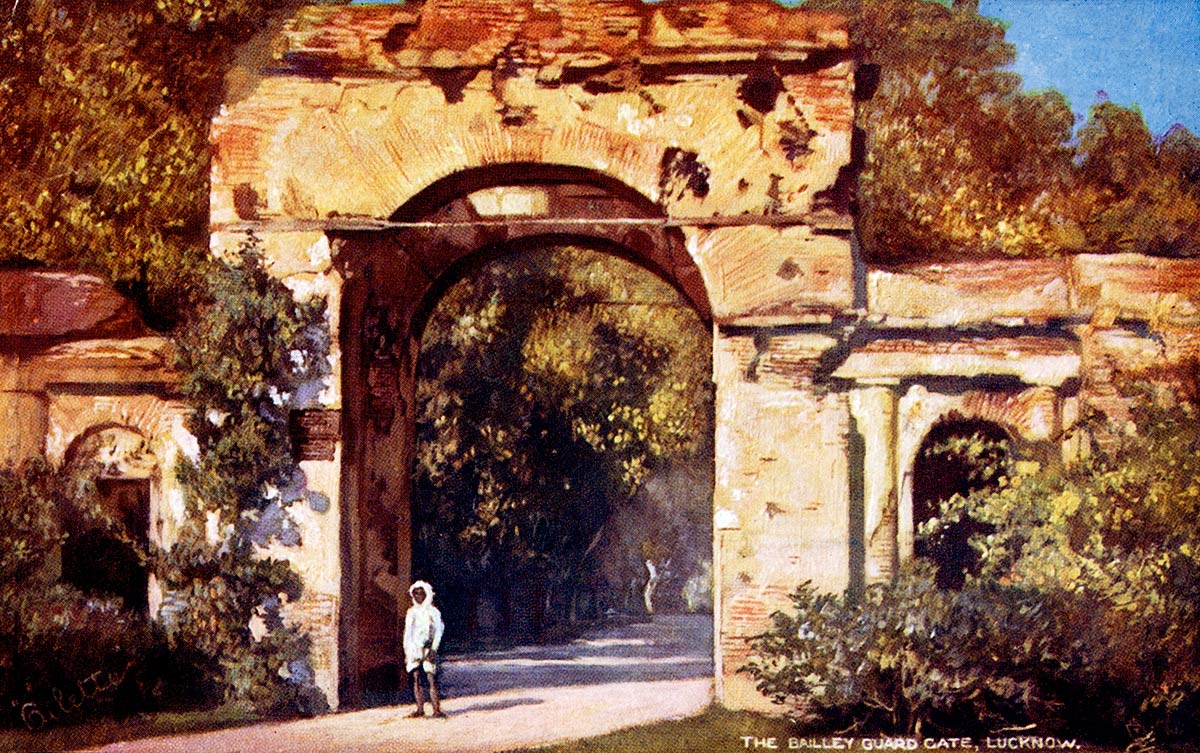 [Original caption] Bailley Guard gate. Built by Major Bailley in 1814. The centre gateway was built up during the Mutiny, and through a space left open Havelock and Outram passed for the defence of the Residency. The house of Dr. Fayrer, where Sir Henry Lawrence died, is within the gateway to the left. [end]

Among the very first India series published by Tucks in 1905 was a set of six cards of Lucknow, four of were of locations hallowed to the British of battles won during the first war of Independence (1857-58). Postcards like this helped keep alive memories of those events and helped to justify repressive actions during the 90 years that followed before Independence.