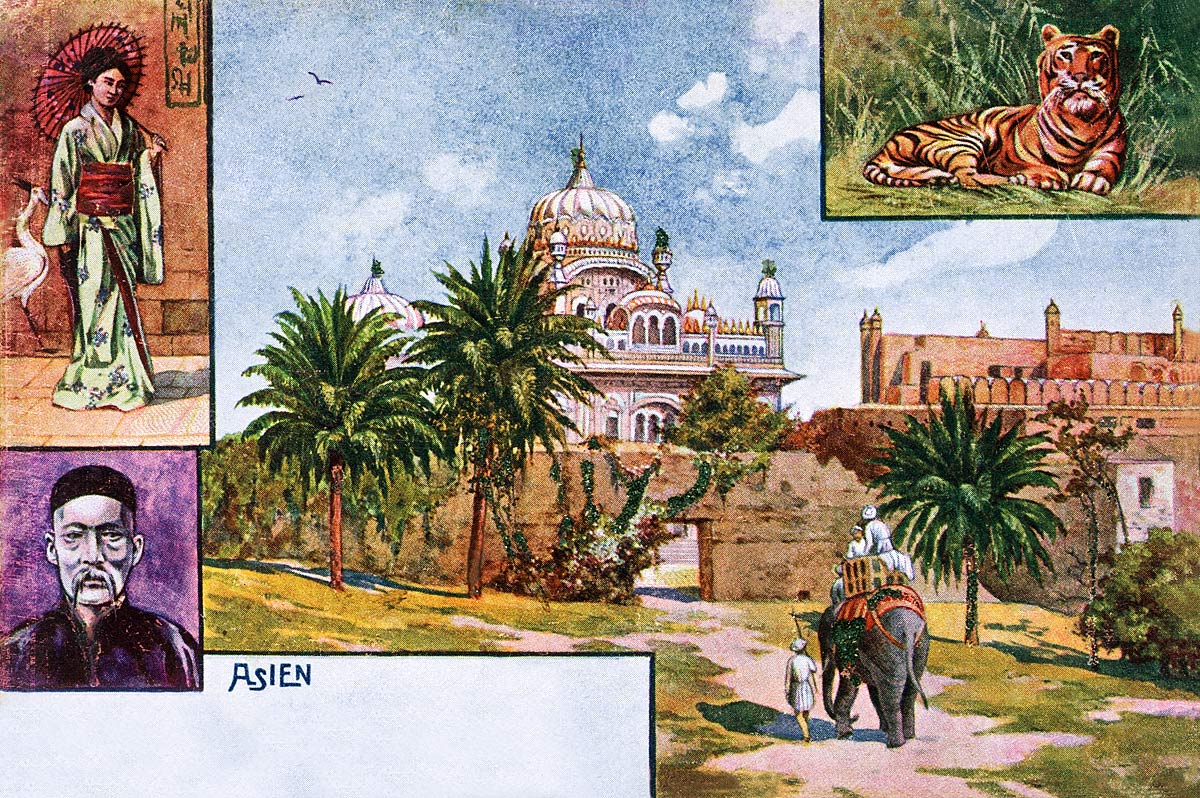 An early jeweled postcard of Lahore's tomb of Maharajah Ranjit Singh. Although hardly visible, the elephant's covering and the greenery just above the entrance it is lumbering towards have traces of glitter that were sometimes used on early postcards to make them more attractive. A century later, little usually remains of this adornment.

The people on the side are clearly from Far East Asia, reflecting how confused "Asia" could still be to early publishers, in this case a German one.