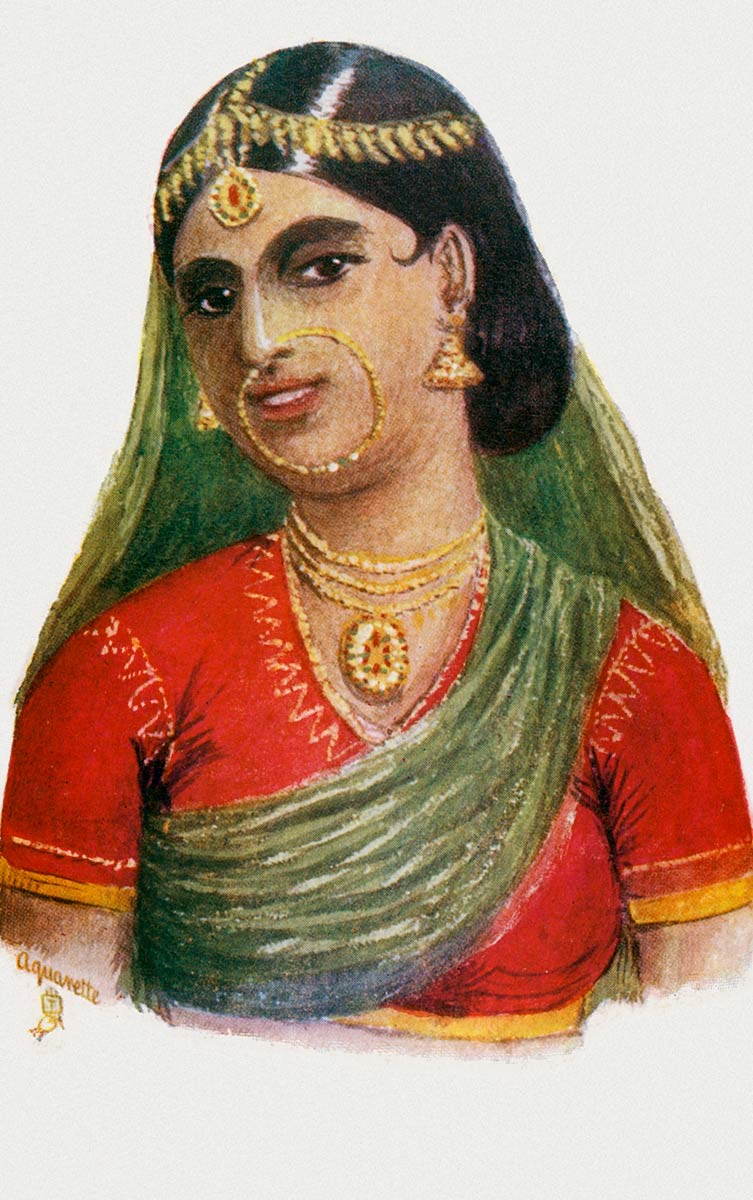 Dancing girl of India on a popular Tuck's painted postcard, probably signed by G.E. McCulloch. Nautch or nach, a word used in several languages of North India, is an Indian term for "dance", and indicates several forms of popular dancing styles. Hobson-Jobson's refers the reader for its definition to "DANCING-GIRL , s. This, or among the older Anglo-Indians, Dancing-Wench, was the representative of the (Portuguese Bailadeira) Bayadère, or Nautch-girl (q.v.), also Cunchunee. In S. India dancing-girls are all Hindus, [and known as Devadāsī or Bhogam-dāsī;] in N. India they are both Hindu, called Rāmjanī (see RUM-JOHNNY), and Mussulman, calledKanchanī (see CUNCHUNEE)." (1903, p. 295). Few dancing girls were named like this one, and the British often complained, as the definition continues to give one example of an early use – "1838. -- "The Maharajah sent us in the evening a new set of dancing girls, as they were called, though they turned out to be twelve of the ugliest old women I ever saw." -- Osborne, Court and Camp of Runjeet Singh, 154"– but postcards of nautch girls were very popular, if not the most popular human subject and did much to make the medium popular in the early 20th century with nearly all publishers offering a wide selection."