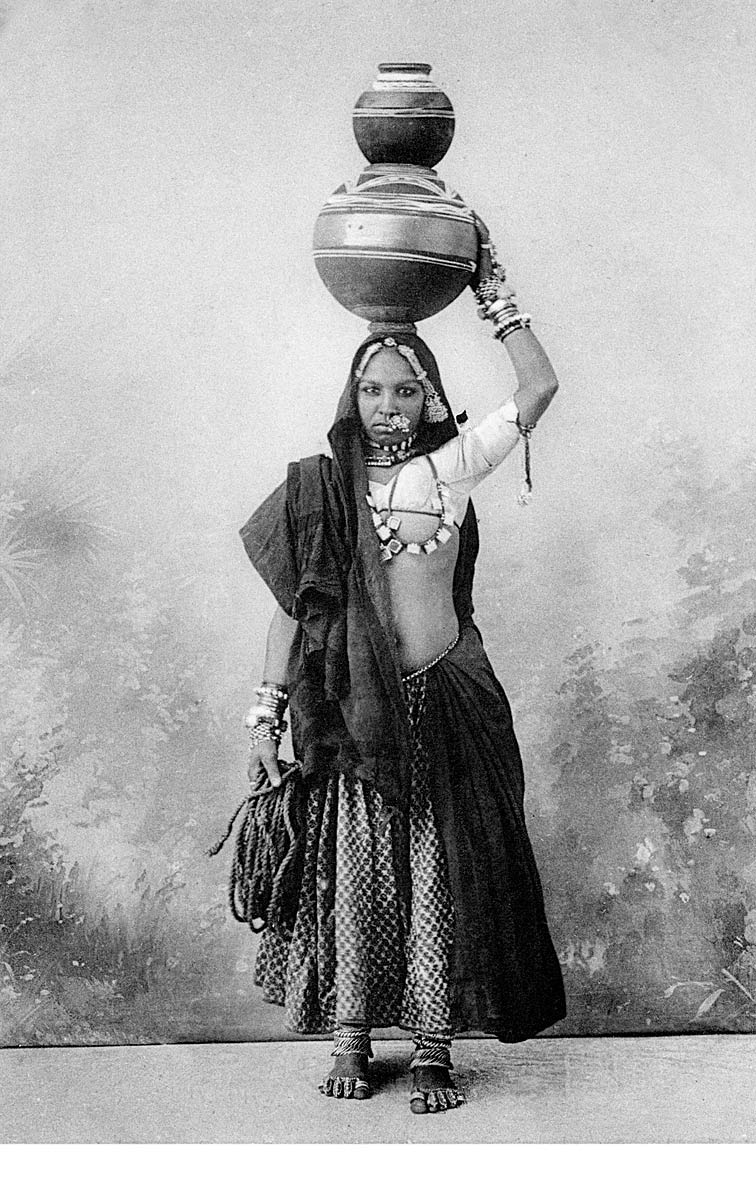 A woman balancing water pots on her head is a common site across the Indian subcontinent. Woman who supplied water to households in the desert city of Jaipur were often called "water maids." Dressed in traditional colorful Rajasthani attire, these women could balance several round shaped water-filled vessels on their head. The vessels at the bottom were generally bigger in size while those placed in tiers above were smaller. It took enormous skill to do this well, but for women in rural areas who had to walk long distances to wells or rivers it was a survival skill.

The backdrop of the image shows that the woman posed in Gobindram Oodeyram's studio.