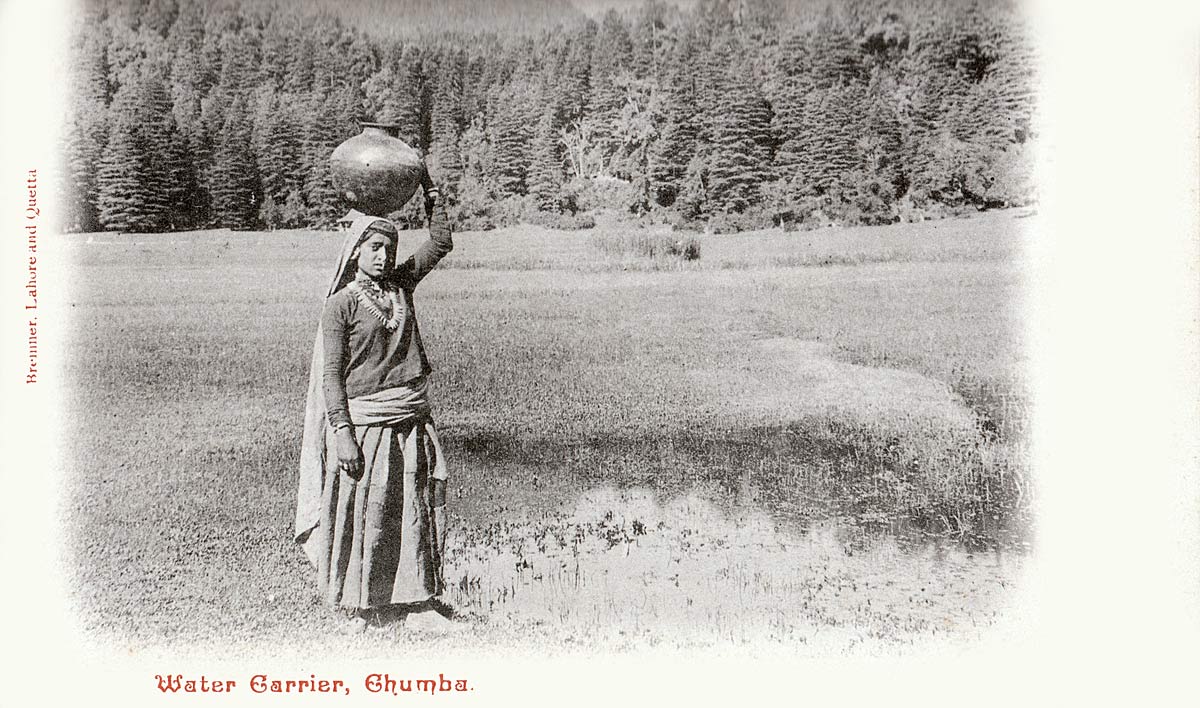 The Princely State of Chamba appeared on few postcards during the Raj even though its rulers seemed to have good relationships with a number of Punjab-based photographers, including Fred Bremner and John Burke. Even Bremner's handful of postcards of the State are not plentiful, perhaps because there was not the interest or enough tourist visits to support the market for them. Chumba, despite a history going back to the second century BCE at least, lies in a remote valley on the right bank of the Ravi River on the border with Kashmir was became part of India in 1948.