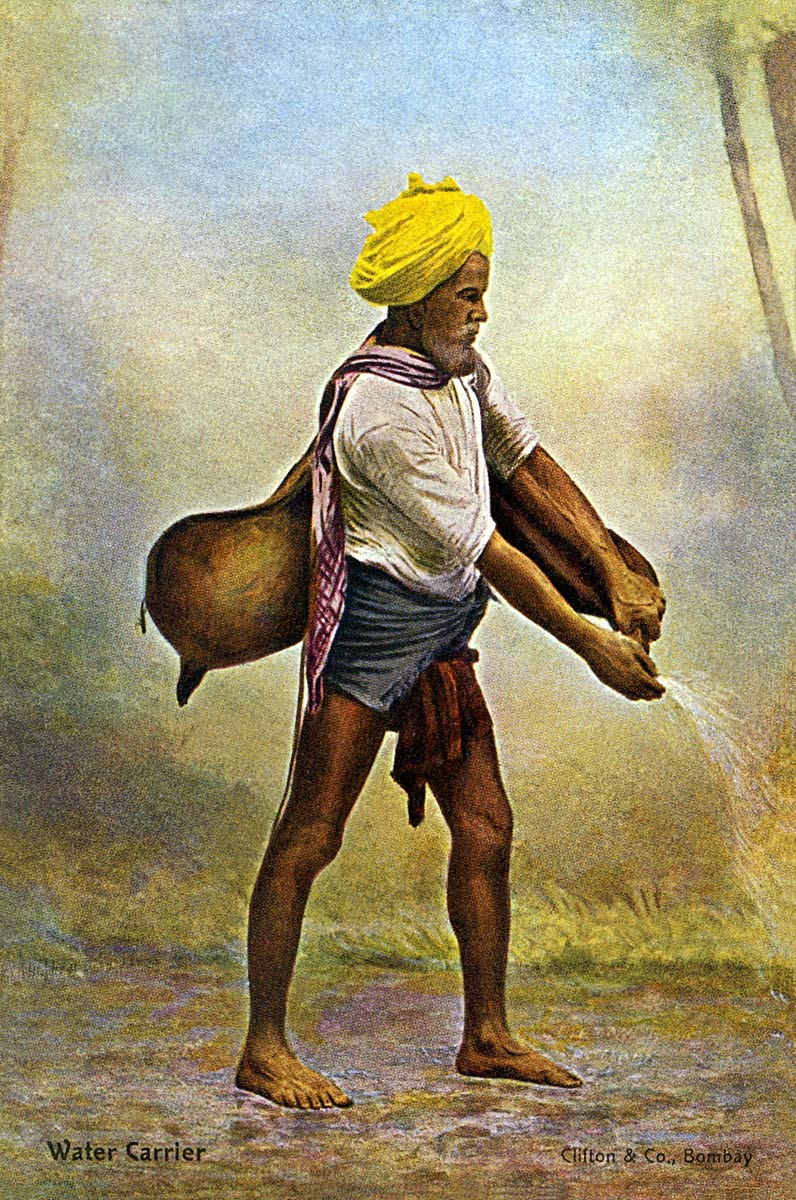 The bhistee or water carrier was a critical support to urban life before running water became widespread and reliable, and is one of the most frequent postcard subjects. This kind of coloured collotype is often called a "chromo-collotype," still not quite as evocative as the original German term, "Lichtdruck" or "light print." The colors were printed, not stenciled into the printed collotype, and could vary widely depending on publisher and printer choice or fashion; Clifton has the same postcard with almost every color on the bhistee different in what is still a studio portrait. The water flowing from the goatskin would also have been added to the image during the printing process.