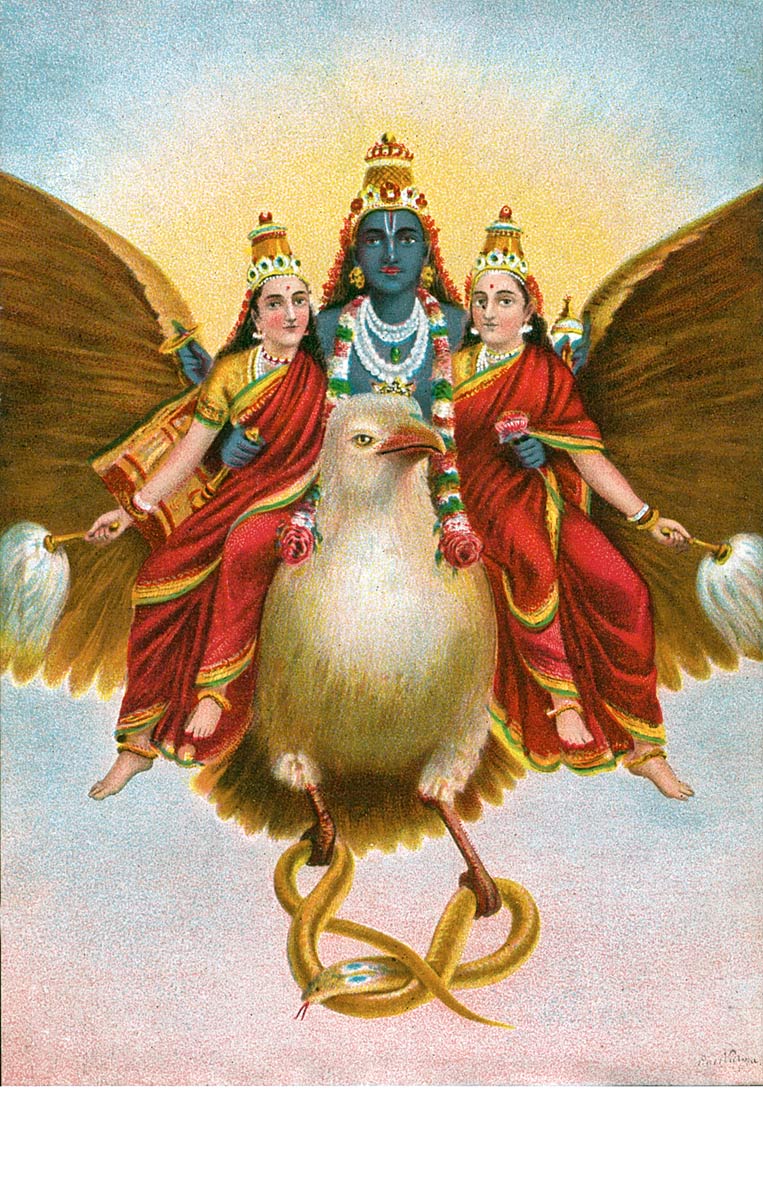 [Original caption, verso] God Vishnu with his two wives, the goddesses of the earth and the wealth, is represented as riding on his vehicle Garud. [end]

The Garuda, a mythical bird, is also called Kashyapi, Chirada, Vishnuratha, Gaganeshvara, Nagantaka, Kamayusha and Suparna. Vedic texts that mention Syena (eagle in Sanskrit) are thought to be the earliest reference to Garuda, the vehicle of Vishnu.

This postcard by the Ravi Varma Press was based on one of the painter's most famous paintings.