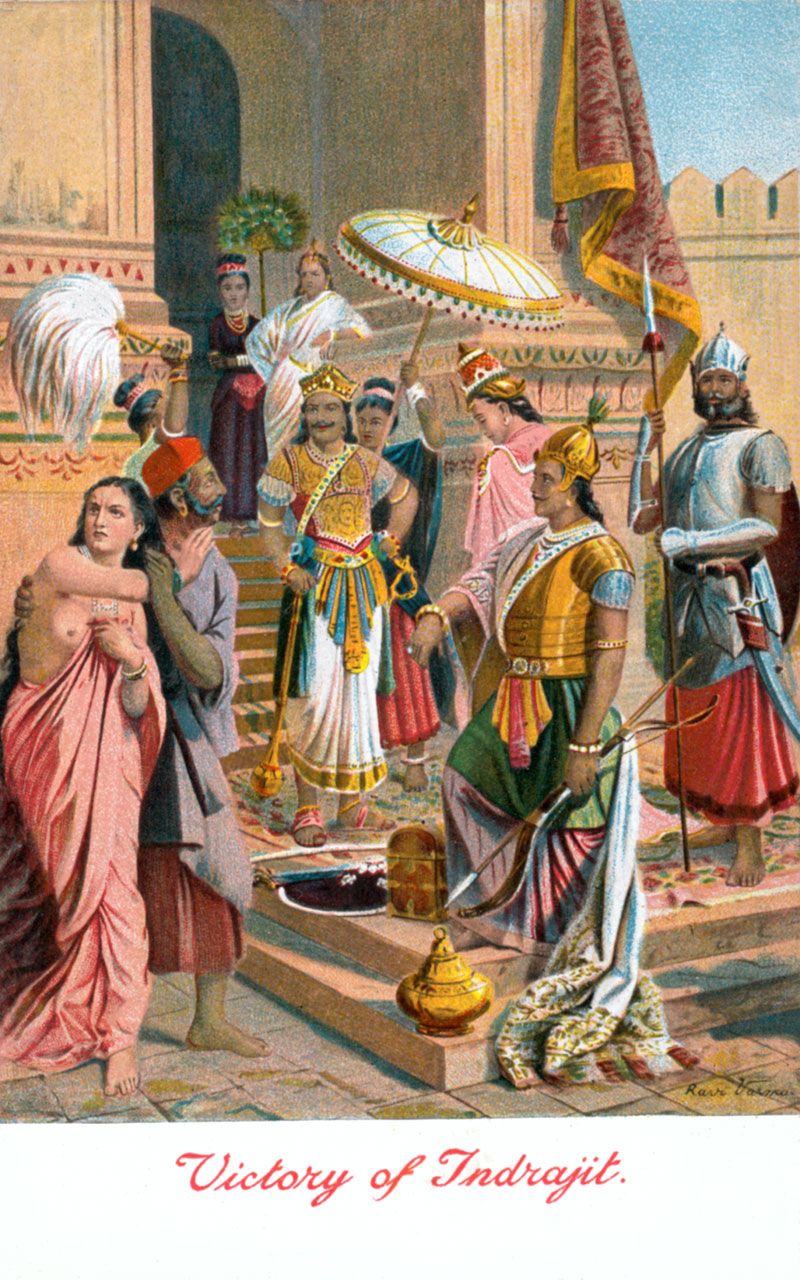 [Original caption] Victory of Indrajit : - Indrajit brings Indra as a captive before his father Ravana with the riches and the nymphs of Indra-Loka. [end]

This postcard, from a painting by Ravi Varma, combines a great moment in Hindu religious narrative with real faces and, in this case, a scantily clad woman. Ravi Varma walked a fine line in more ways than one. He was the first painter to win the official Kaiser-i-Hind Medal in 1905, yet when the freedom fighter Bal Ganghadar Tilak was accused of fomenting the assassination of British officials, Ravi Varma painted his portrait, oleographs of which were printed by the Ravi Varma Press. This postcard, however, was printed in Germany as were most of the Ravi Varma Press postcards, most probably because it was much less expensive; the larger oleographs were more economical to print within India.