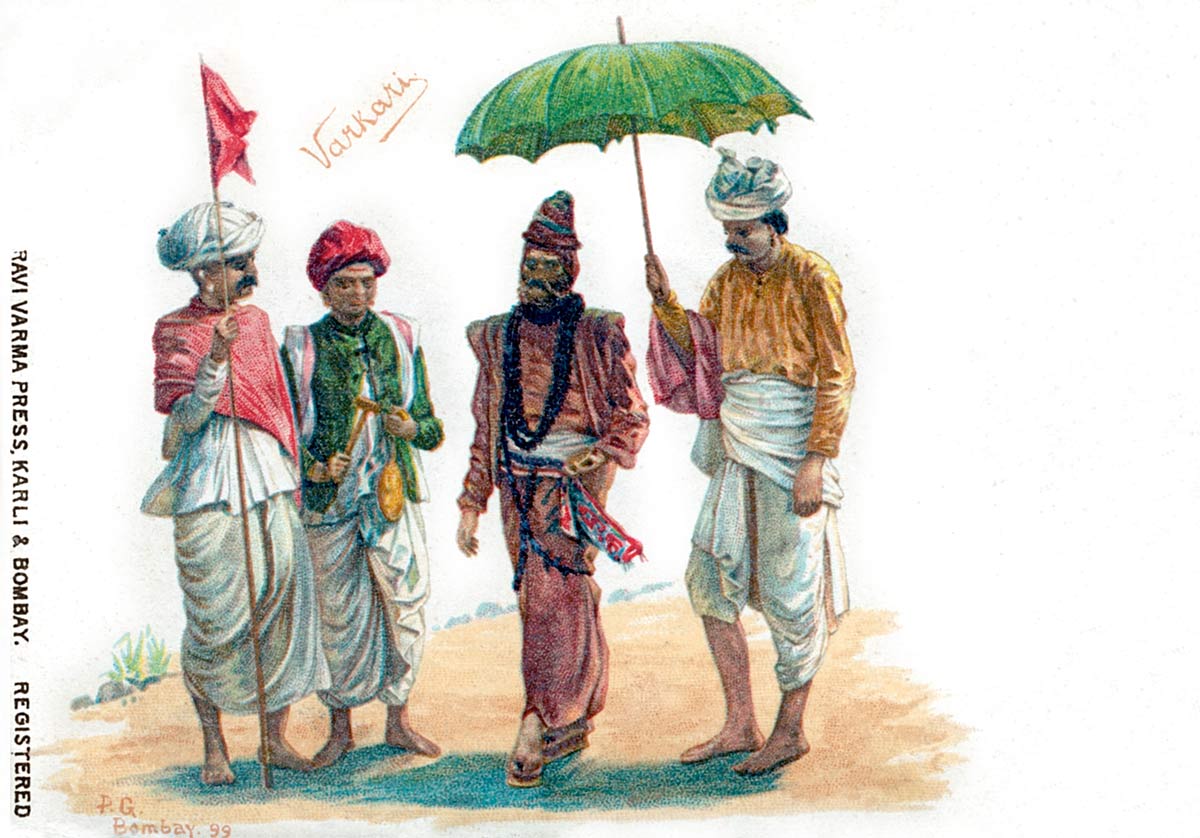 Varkari (meaning "a pilgrim") is areligious movement within the bhakti spiritual tradition of Hinduism, geographically associated with the Indian state of Maharashtra. This is a card by Paul Gerhardt, chief lithographer at the Ravi Varma Press, made in 1899 and is among the first artist-signed cards made and printed in India, part of a series advertised in The Times of India in September, 1899. The earliest postmarked example known so far was sent from Tuticorin, India on March 8, 1901 to Prof. Moriz Lowry [sp?], Esq., Garden Street 1251, Hoboken, New Jersey, USA.