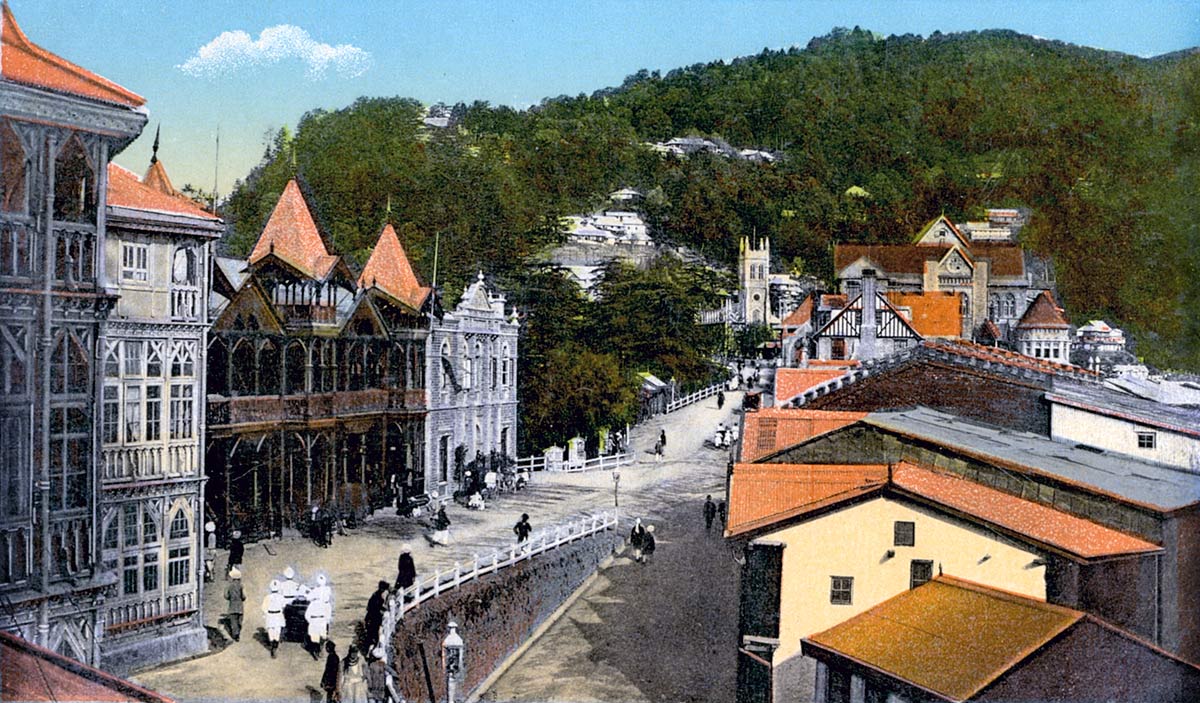 Shimla, formerly Simla, was the summer capital of the erstwhile British Raj in India. It is now a municipal corporation in Shimla District and the capital of the Indian state of Himachal Pradesh. Nestled in the middle Himalayas in northern India, Shimla is a hill station destination much beloved by honeymooners and other tourists, particularly in summer. The city is named for the goddess Shyamala Devi, an incarnation of Kali.