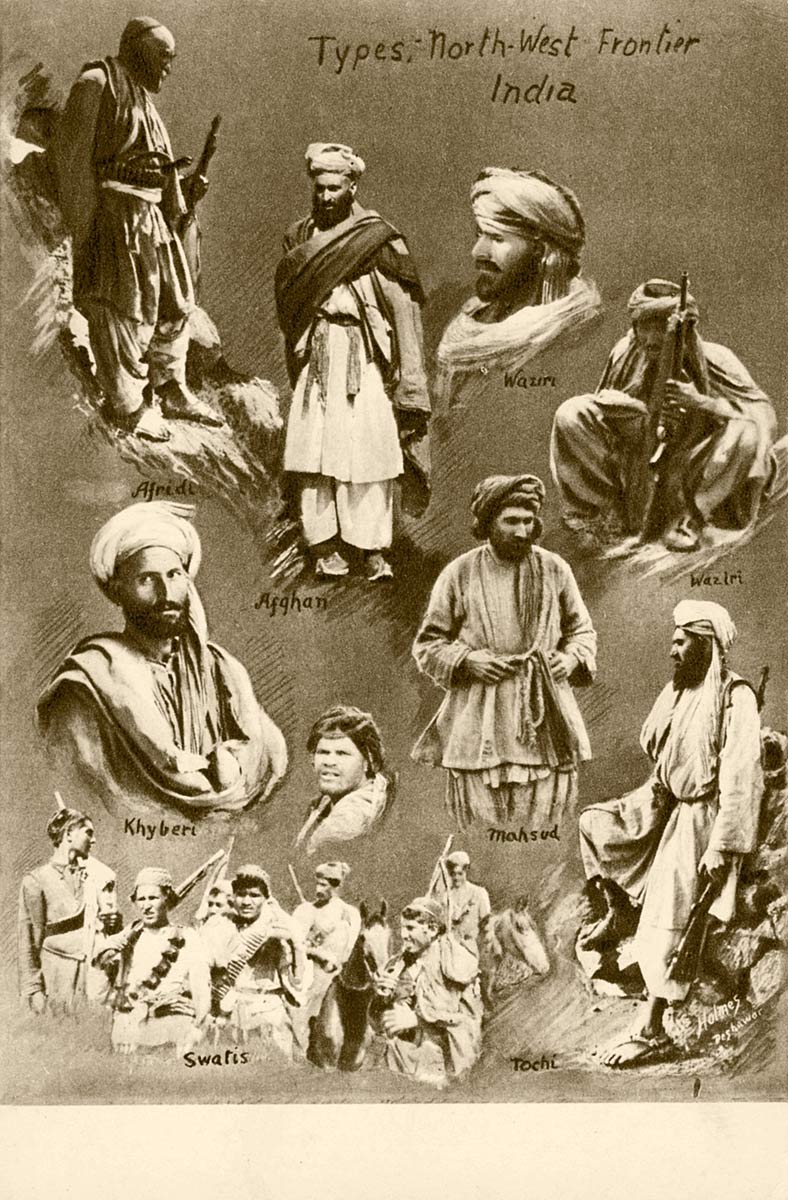 This unusual collage was put together from photographs taken over the years by William Dacia Holmes, who ran Holmes studio from 1889 until his death in 1923, and his son William Randolph Holmes who tool over until the studio closed in Peshawar in 1947. Both men accompanied numerous British military campaigns through the 3rd Afghan War in 1919, and the men here are an index of – and attempt to classify – the various tribes the British fought against and together with during this period.