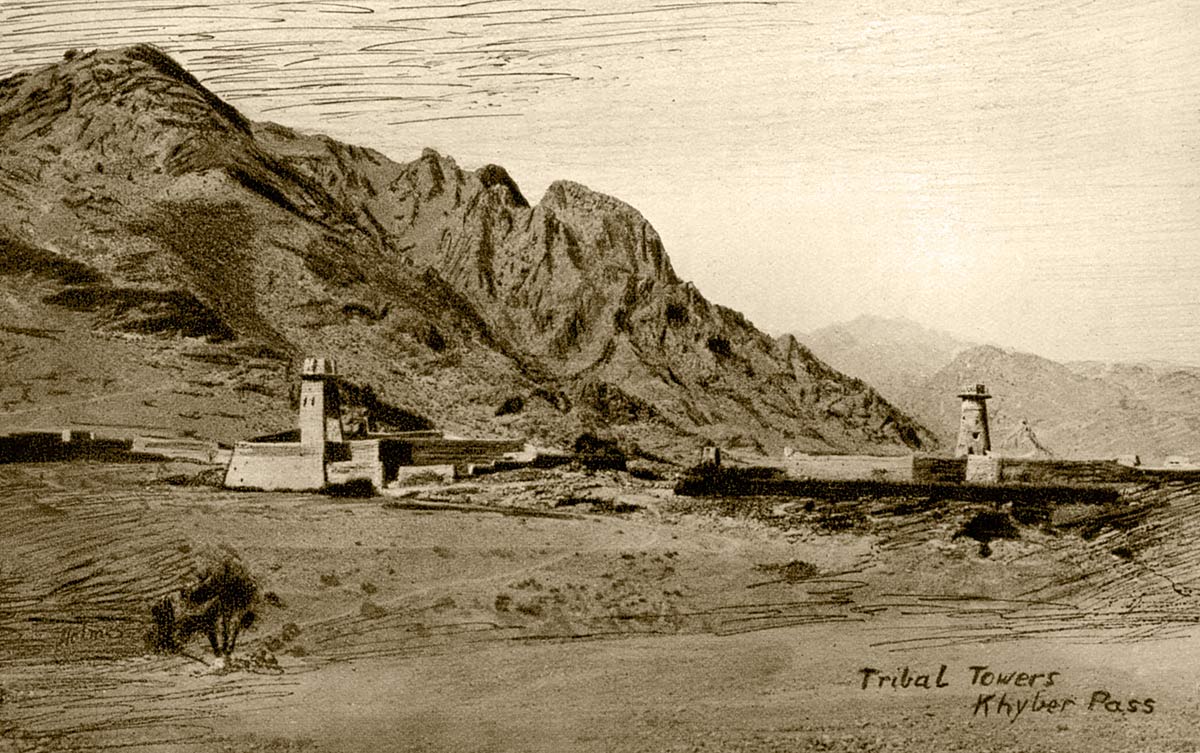 This image probably dates from the 1890s and was made by William Darcia Holmes, the father of Randolph Holmes who published these postcards from their Peshawar studio. His distinctive sepia postcards, printed in Britain, also often had hand-drawn lines like this one in the sky, to add artistic flourish and possibly to help discourage copycats who might otherwise re-use the image (Randolph Holmes seems to have pursued cases against others who used his images in Peshawar courts). Note the largely barren landscape, with the towers serving as protection for families living in walled compounds if under attack.