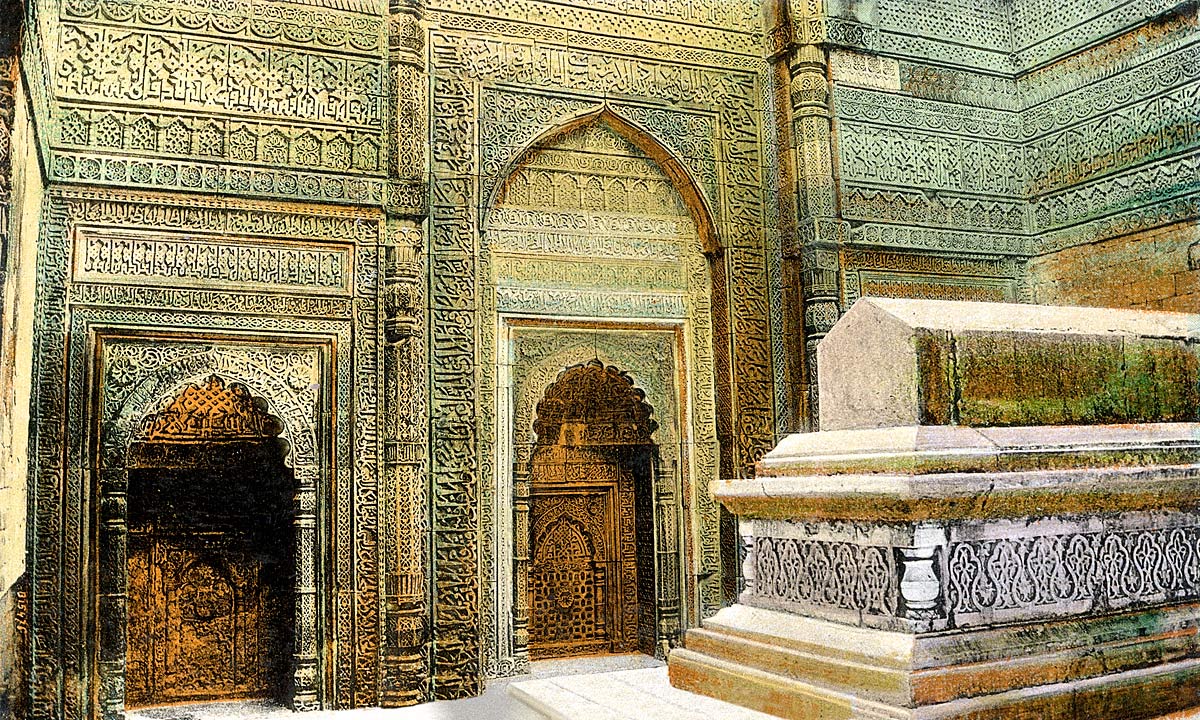 [Original caption] Built during the reign of Sultan Rukunuddin and Sultana Razia Begam in 1215 A.D. [end]

Shamsuddin Altamash, wasa 13th century pre-Mughal Muslim ruler of north India, was is better known today as Iltutmish, the third ruler of the Turkic Ghulam ( so-called Slave) Dynasty that ruled northern India in the 13th century. He succeeded Qutub-ud-din-Aybak, the founder of dynasty who led the original invasion of India (and who is buried in Lahore, Pakistan).

Note how beautifully the stone carving, the richness of a collotype and fine coloring combine for gorgeous effect. Only one section of the tomb itself just above the pedestal is still black and white, the rest has been hand-tinted.