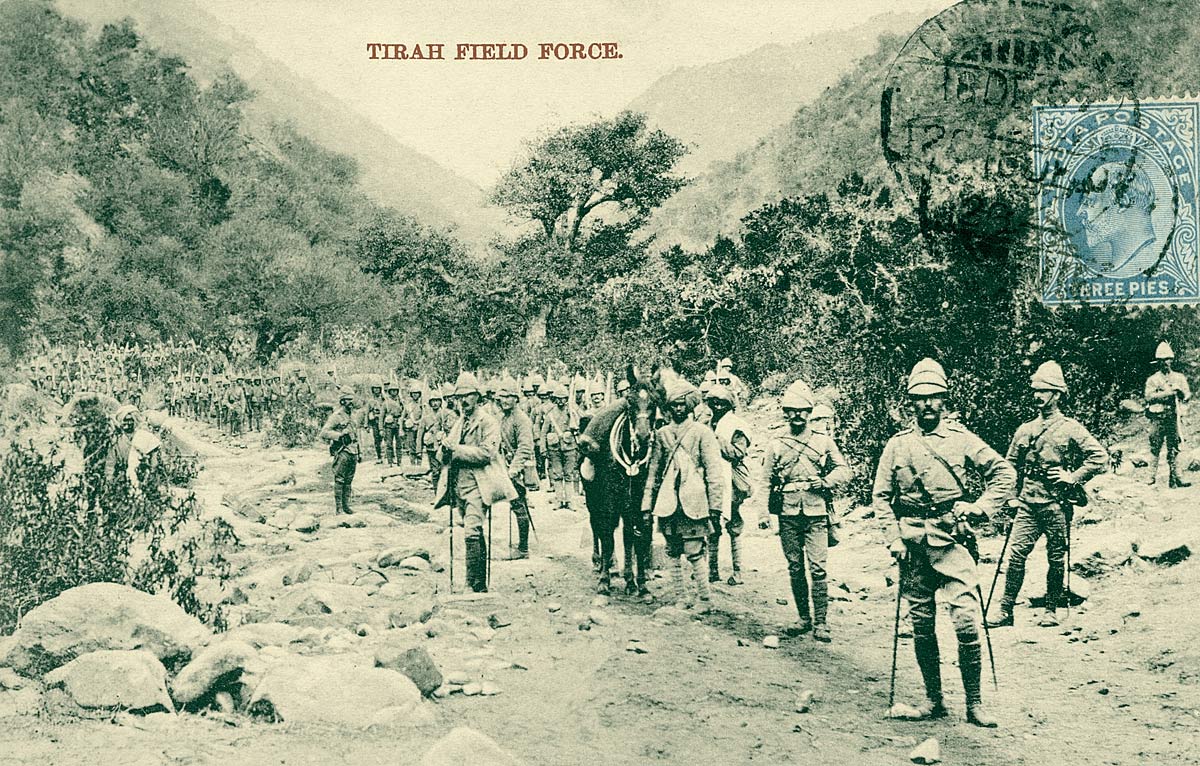 The original image this postcard is based on was very popular and shows General Lockhardt on June 4, 1897 in the Arhanga Pass above Swat Valley in the then North West Frontier Province (NWFP, now Khyber Pakhtunkhwa). It commemorated a British victory in the largest Frontier campaign since the Second Afghan War in 1878-1880. For the first time in 1897, a British Indian force even occupied the Afridi homeland in Tirah in the Khyber Pass for a few weeks. The Peshawar-based photographer Mela Ram accompanied twenty thousand British Indian troops during the campaign. Mela Ram & Sons, a firm dating to the 1890s, still survives in the hill station of Dehra Dun, India, where they are official photographers of the elite Doon School.

Postmarked Lahore Dec. 19, 1907 and sent to Monsieur Ajui [sp?], Charing Cross Hotel, Lahore. This postcard is also found in the royal postcard album composed by Queen Mary on her visit to India in 1905-6 as the Princess of Wales, and was sold by other publishers too.