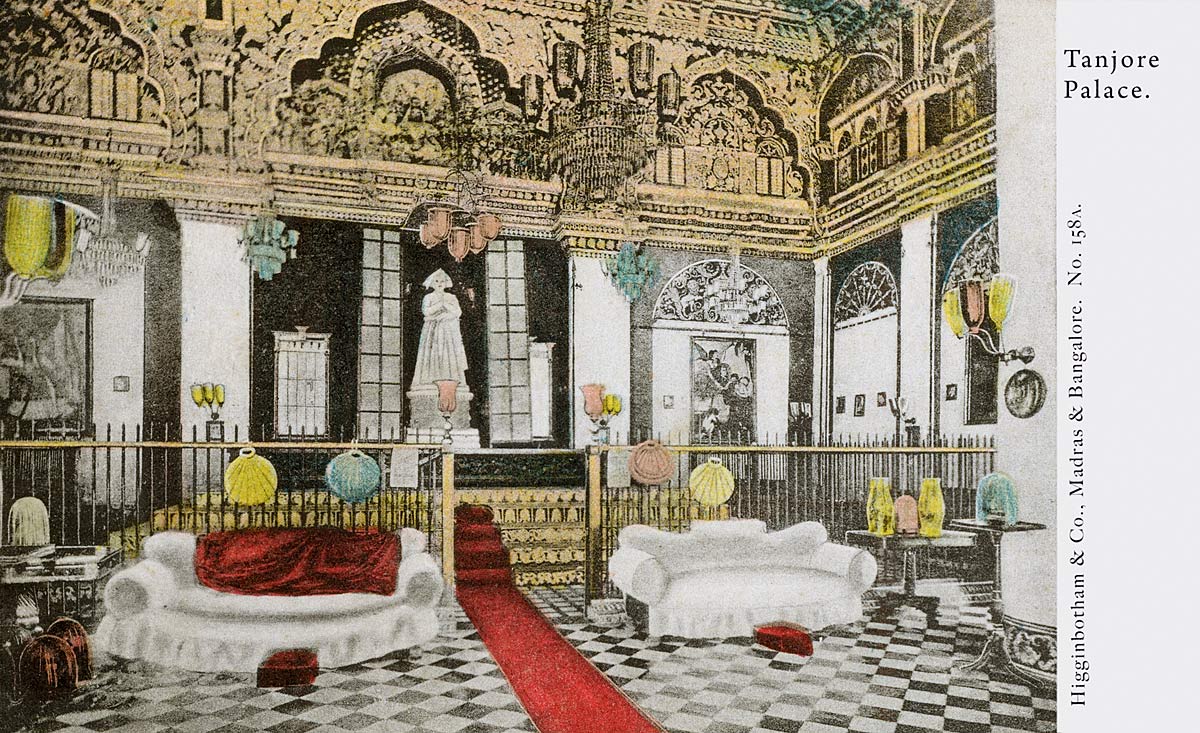 Higginbotham's was the rare bookseller which also became a prominent postcard publisher, probably the leading one in South India. Like its rival Spencer & Co., it favoured red splashes of colour, probably added via stencil in India, that in this case highlights the depth of the image. Higginbotham's still thrives in its original Chennai premises, lovingly kept in its original state by its Indian owner.