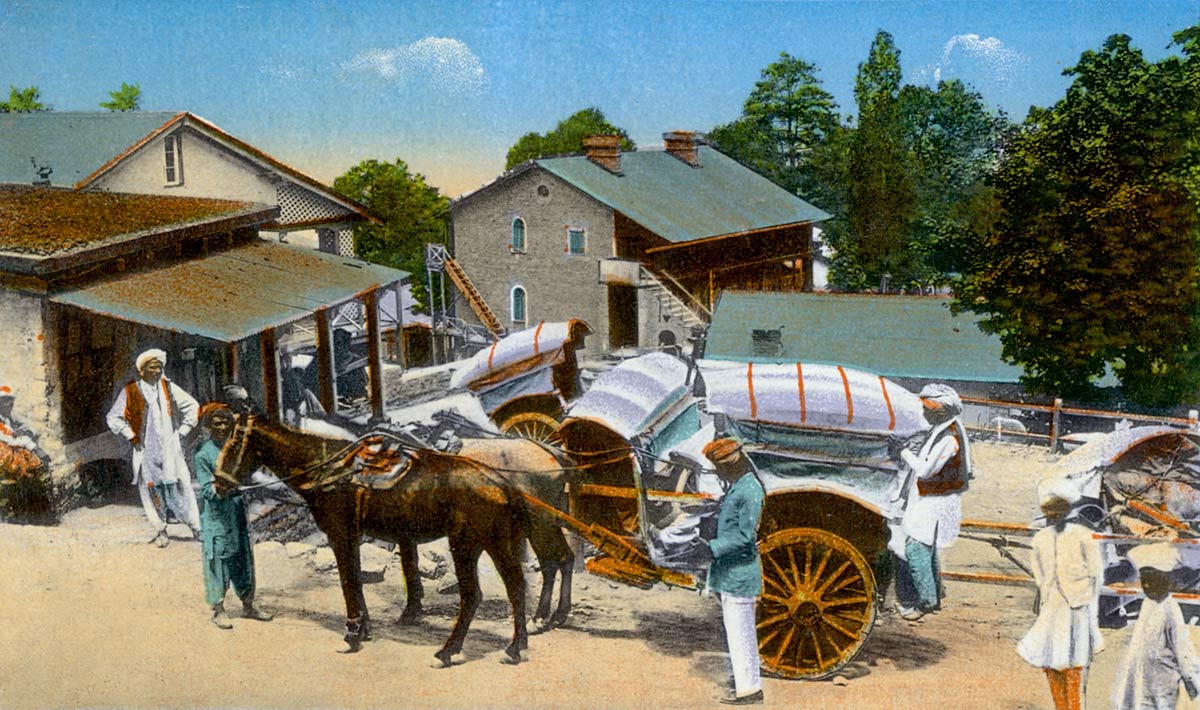 Before the advent of the motor car the tonga or open horse-drawn carriage was a popular mode of transporting humans and goods in the Indian subcontinent. Tongas were replaced by motor taxi and bus stands, which is exactly what this stand in the Punjabi hillstation of Murree [now in Pakistan] has become. Tongas are still popular in the rural areas and smaller towns and parts of cities as well. Hobson-Jobson derives the origin of tonga as "a kind of light and small two-wheeled vehicle, Hindi tanga [Skt. [Sanskrit] tamanga, 'a platform']. The word has become familiar of late years, owing to the use of the tonga in a modified form on the roads leading up to Simla, Darjeeling, and other hillstations" (p. 930).