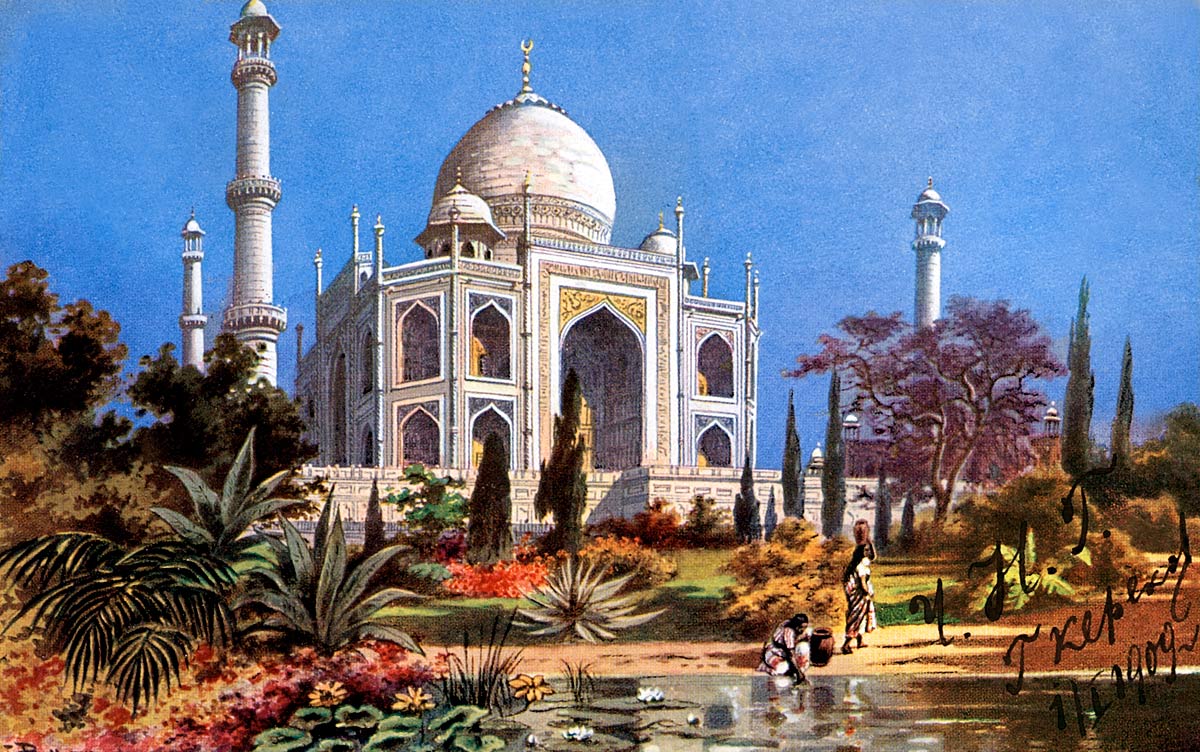 A more unusual side view of the Taj at the turn of the century, around the time when the frontal view most of us are used to today was becoming the iconic image of India. The mass popularity of postcards helped enshrine the Taj's mass popularity which, as some scholars have argued) had a lot to do with its appeal to foreigners (e.g. Giles Tilotson, Taj Mahal, 2008).

Although this postcards is not signed, others in this beautiful series of India cards by the C.A. & Co., likely a Munich-based publisher, are signed by Frederich Perlberg (1848-1921), a painter who apparently traveled widely and whose paintings were frequently made into postcards.