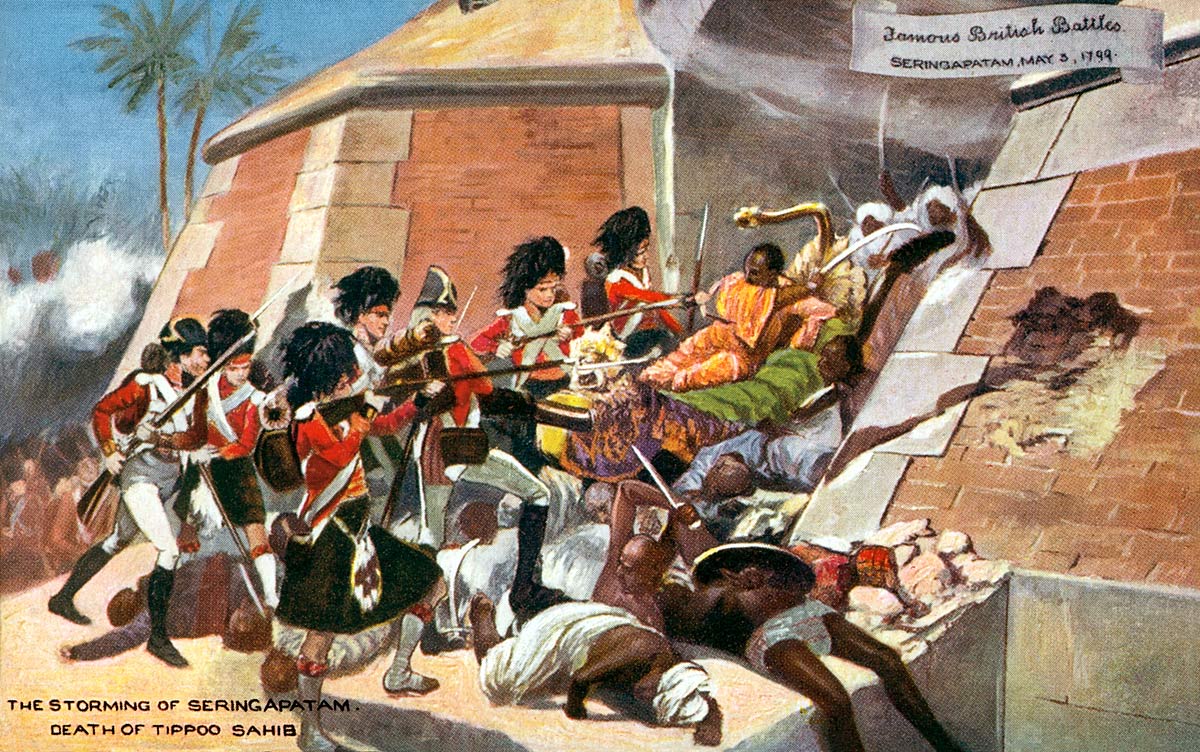 The Storming of Seringapatam

[Original caption] Seringapatam. A fortress in Mysore, India. Here Tippoo Sultan was besieged by the ENglish in May, 1799. On the 4th of May a breach was made in the walls and in seven minutes the British flag floated from the summit. Tippoo was killed, his army entirely routed, and the government of the province secured for the English. [end]