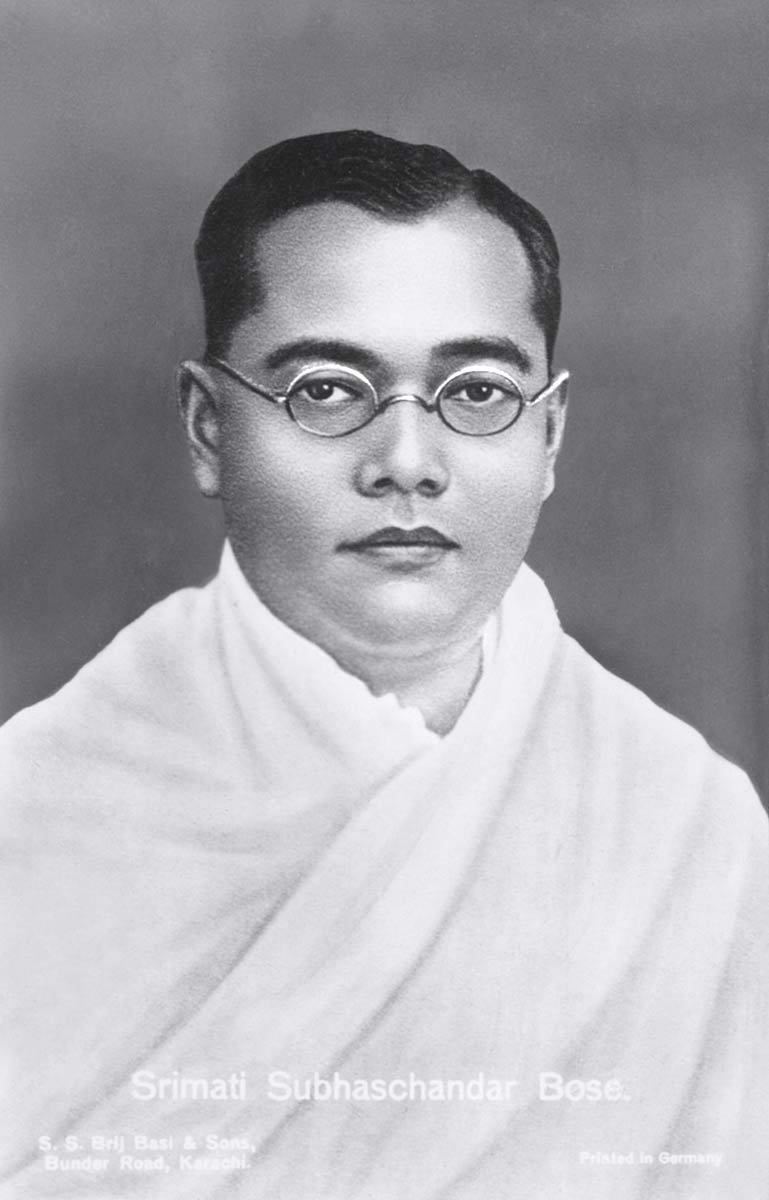 Subhash Chandra Bose, also called Netaji, was one of the most prominent leaders of the Indian freedom movement, and remains one of the most revered leaders of the Indian freedom struggle, a representative of the most aggressive line with British colonialism. This led him to part ways with Gandhi and Nehru and join Germany and Japan in an attempt to get their help in liberating India during World War II. Subhas Chandra Bose asserted the need of complete freedom for India as opposed to the Dominion status acceptable the Indian National Congress under the leadership of Gandhi. Bose was president of the Indian National Congress in 1937 and and 1939 when he resigned due to ideological differences.

Bose was arrested during the Second War but escaped to form an Army of India volunteers, the Indian National Army (INA) that mainly comprised 40,000 Indian soldiers captured by the Japanese. He formed a government called "Azad Hind Government" (Free India Government) in 1943. In the closing days of World War II he was killed when the plane carrying him crashed near Taipei in China.