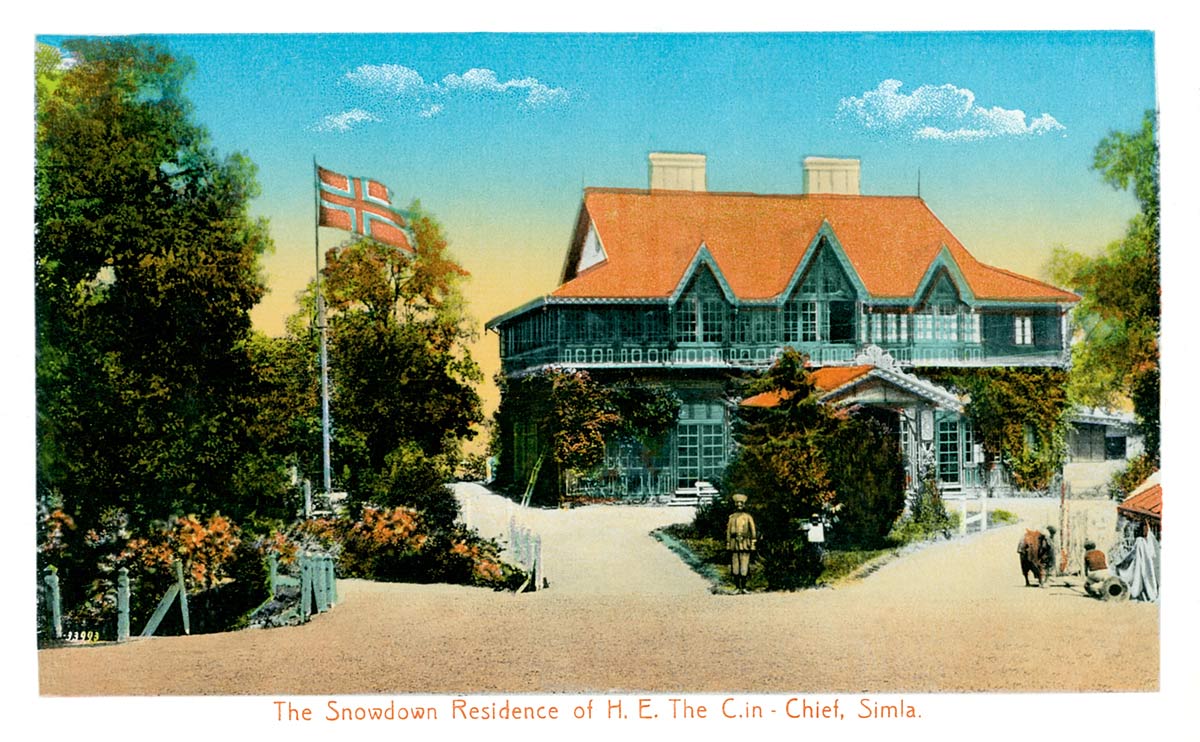 The Snowdown Residence, Simla of H.E. The C. in - Chief, Simla

"Since the Viceroyalty of Sir John Lawrence in 1865 Simla has been the summer capital of the Government of India. At the end of March, the Supreme Government quits Delhi for Simla, which is largely deserted in the winter, though several of the Army Headquarters Offices now remain there all the year round. Simla is lit by electricity, installed 1913" (A Handbook for Travellers in India Burma and Ceylon, John Murray, London, 1938, p. 326).