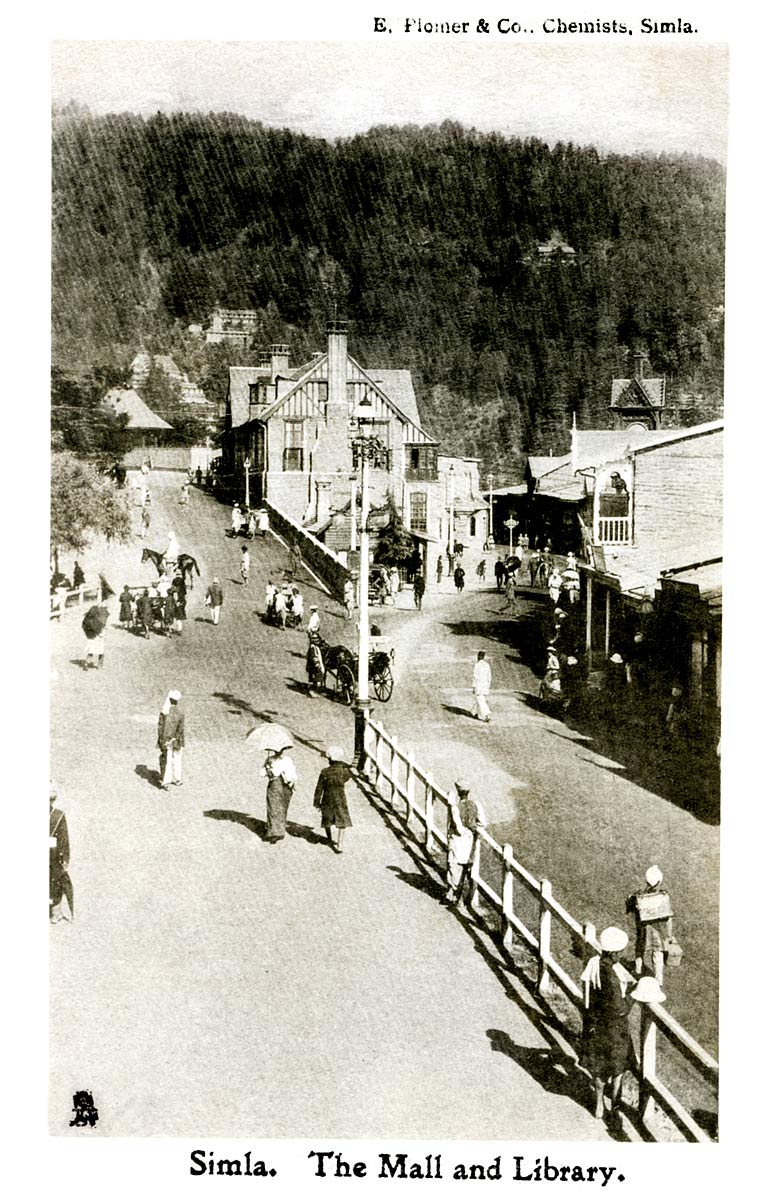 Simla. The Mall and Library.

Were Indians allowed on the Mall in Shimla? This view seems to have gained some currency - Anita Desai writes, for example, that "Indians were not so much as allowed to walk on the Mall but were expected to keep to the footpaths on the hillsides" in her wonderful novel Fire on the Mountain (1978, p. 8) set in the area after Independence. But as postcards like this and many others show, Indians were always part of the Mall, even if it was European stores that initially dominated commerce along this key hillstation thoroughfare (E. Plomer & Co., for example was one of Shimla's main pharmacists, and the store still survives under its name on the Mall in Lahore). Another author, M.M. Kaye, author of the popular The Far Pavilions (1978) writes in her Foreword to Raaja Bhasin's authoritative Simla The Summer Capital of British India (2011): "I'm very pleased that this book contradicts an absurd story that I can only suppose was invented in order to pull the legs of the authors of Freedom at Midnight [1975] since they first printed it. The myth that no Indian was permitted, in the old days, to walk on the Mall!" (p. xvi). She then goes on to debunk the story, as does Bhasin with examples, although the fact that the myth was so easy to believe indicates that the discrimination that was otherwise practiced gave it fertile context.