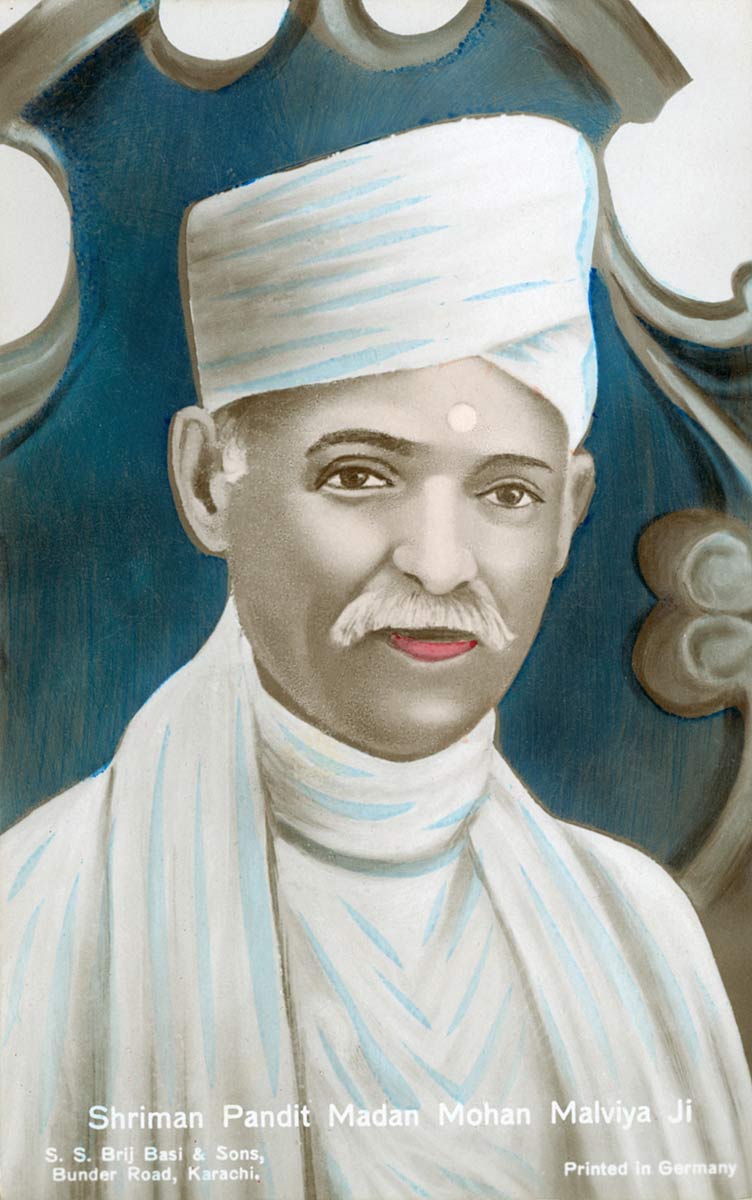 Madan Mohan Malaviya (1861-1946) was an Indian politician, notable for his role in the freedom struggle and his efforts to eliminate the caste system, as well as co-founding Banaras Hindu University in 1916. This was part of a series by Karachi-based S.S. Brij Basi & Sons celebrating the many leaders of India's Independence struggle. A real photography of a painting was printed as a bromide photograph, and then hand-tinted to create a distinctive type of postcard.