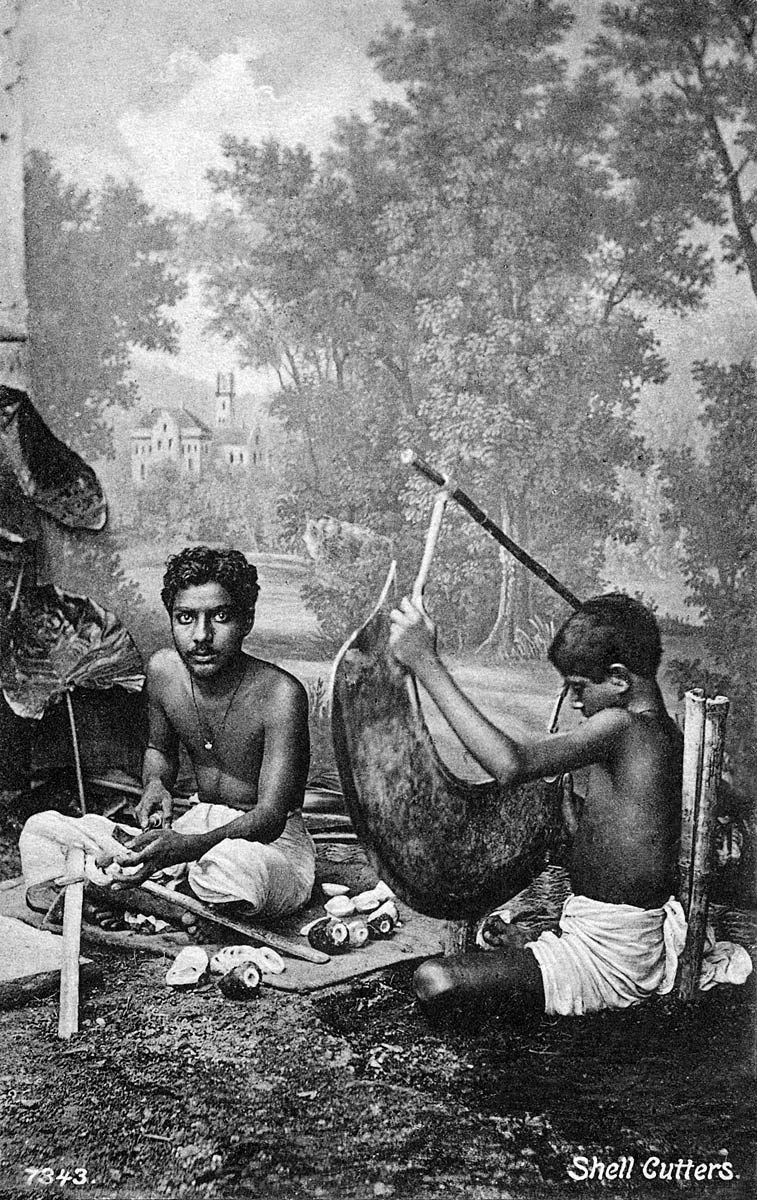 Shell cutters usually use saws and other blade instruments to cut raw shells into different shapes to create jewelry, bangles, drinking vessels and other accessories. Shell cutting goes back many thousands of years to the ancient Indus Valley civilization (around 2500 BCE) and probably much earlier. One of the most interesting things about old postcards of craftsmen (although this shot was made in a studio with some sort of a country house in the background) is what they tell us about how the work was performed. Leading ancient Indus archaeologist Jonathan Mark Kenoyer adds: "This is a great photo. The man is using a file or small saw to engrave designs on a shell bangle. The boy is using a 'korat' saw to cut shell bangles holding the shell against a wooden post with his heels. The name for the saw in Bengali is 'korat'. It is specially designed to saw shell with the curve and weight of the saw allowing the sawyer to push the saw from side to side and not have to push down. It also has very fine teeth and a thin blade that is made of steel. The ancient Harappans also cut shell with a bronze saw that was just as effective but we don’t know if it was the same shape."