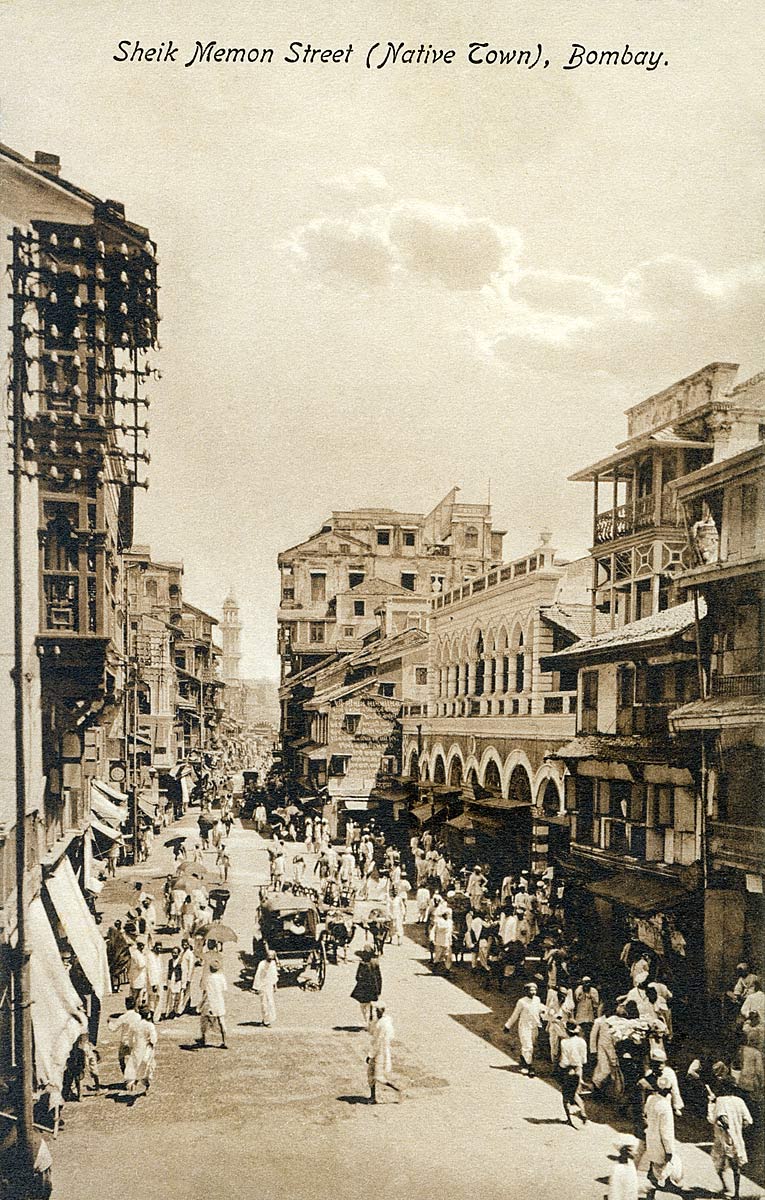 B. Rigold and Bergmann were a London firm (69, Bishopsgate, London, E.C.), apparently established in 1876 that traded with India and China. They also had offices in Bombay and Calcutta in 1902, and apparently sold playing cards, betel nuts and other goods with their brand, including a series of quality sepia cards of Bombay like this one. Note the telephone pole on the top left, and the distant minaret of Jumma Masjid in the distance. This card is not postmarked but was addressed to "Mr. W. Meldrum, Pietermaritzburg, Transvaal, S. Africa."