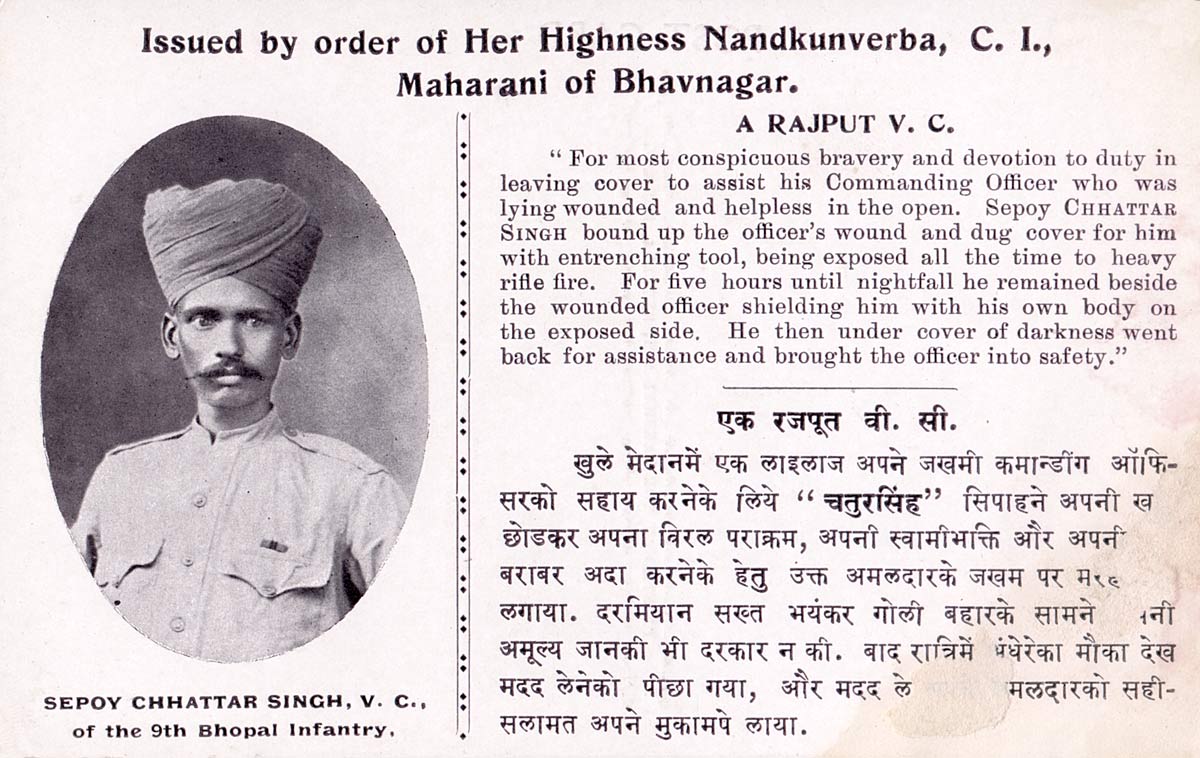 [Original caption] A RAJPUT V.C. "For most conspicuous bravery and devotion to duty in leaving cover to assist in his Commanding Officer who was lying wounded and helpless in the open. Sepoy CHHATTAR SINGH bound up the officer's wound and dug cover for him with entrenching tool, being exposed all the time to heavy rifle fire. For five hours until nightfall he remained beside the wounded officer shielding him with his own body on the exposed side. He then under cover of darkness went back from assistance and brought the officer into safety." [end]

From a series sponsored by the Maharani of Bhavnagar celebrating Indian soldiers in World War I, in this case one who won a Victoria Cross for his bravery. Note that "shudh" (pure Hindi) is used in the citation below English. Bhavnagar is now part of Madhya Pradesh.