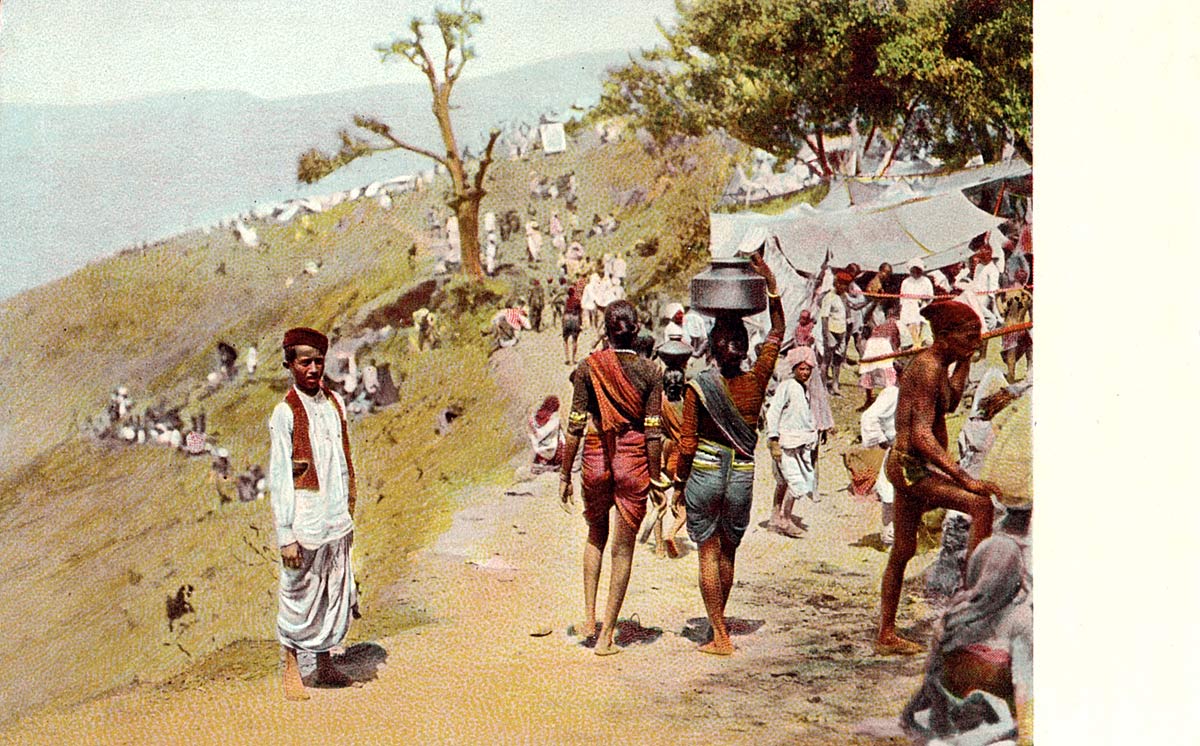 An unusual card from The Ravi Varma Press which shows two women walking among a crowd in a makeshift bazaar, part of a set of similar cards. They all seem to have been taken in the area around Karla near Bombay, where the Press had moved by this time. Known for its fine lithographs ("oleographs") printed at larger sizes, postcards like this one were printed in Germany most likely because it was much cheaper.