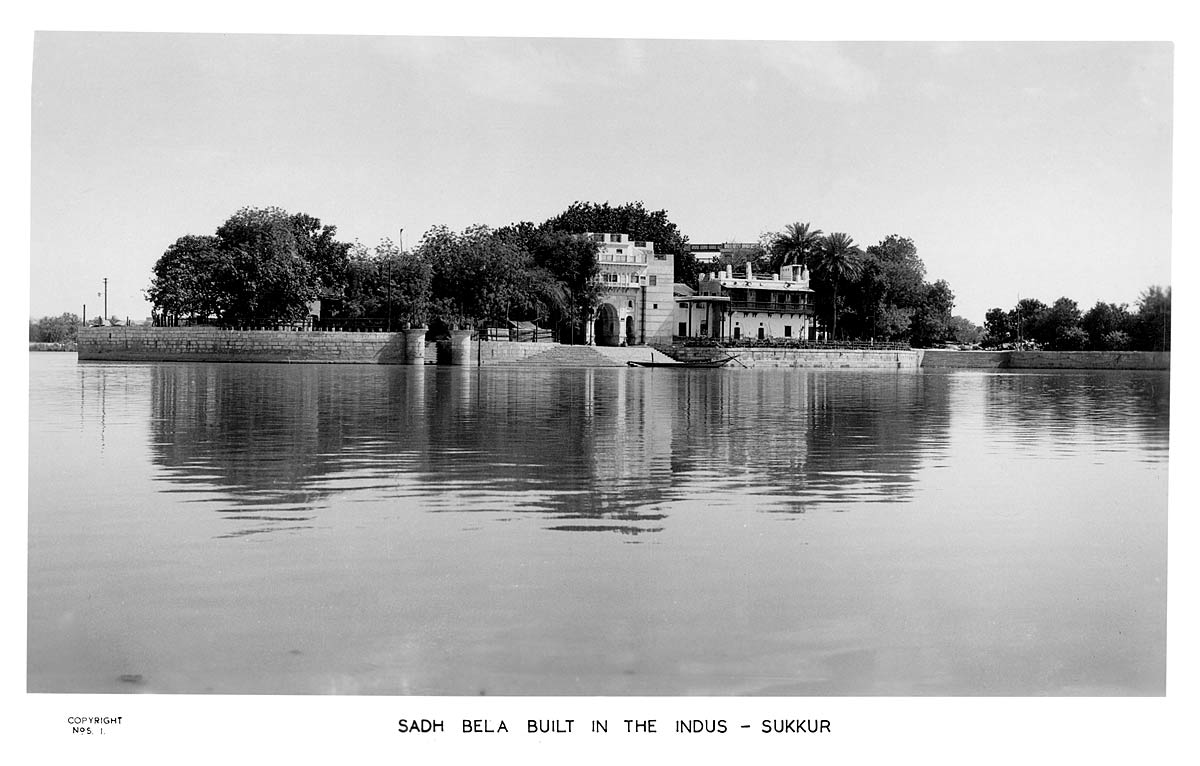 Sadh Bela [Belo] is a small island in the Indus river next to the city of Sukkur, Sindh. On it is a Hindu temple complex initially built in the early 19th century and still the site of an annual festival. Published by the New Book Co. but likely a Johnny Postcards, Karachi image.