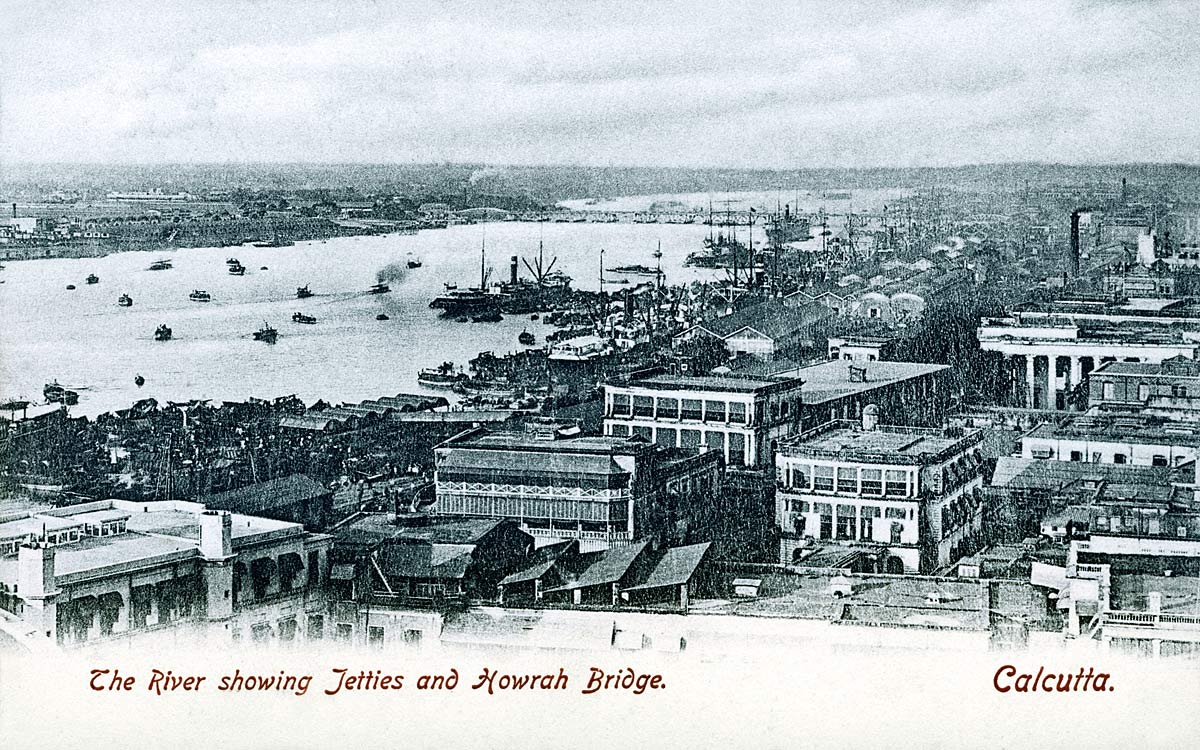 In The River showing Jetties and Howrah Bridge. Calcutta ships from all over the world are docked on the Hooghly, next to 18th and 19th century mansions occupied by successful trading houses. Thomas Cook & Sons wrote in their 1911 India, Burma, and Ceylon Information for Travellers and Residents wrote some years after this postcard was printed: "Calcutta, in Lower Bengal, until 1912 the capital of India and the seat of Government, is a splendid city, extending four or five miles along the banks of the river Hooghly. Population (1921) including suburbs about 1,263,292. Situated almost at the limits of the Torrid Zone and within a degree of the Tropic of Cancer, the climate is less uniform that that of Madras and other places near the equator" (p. 63).