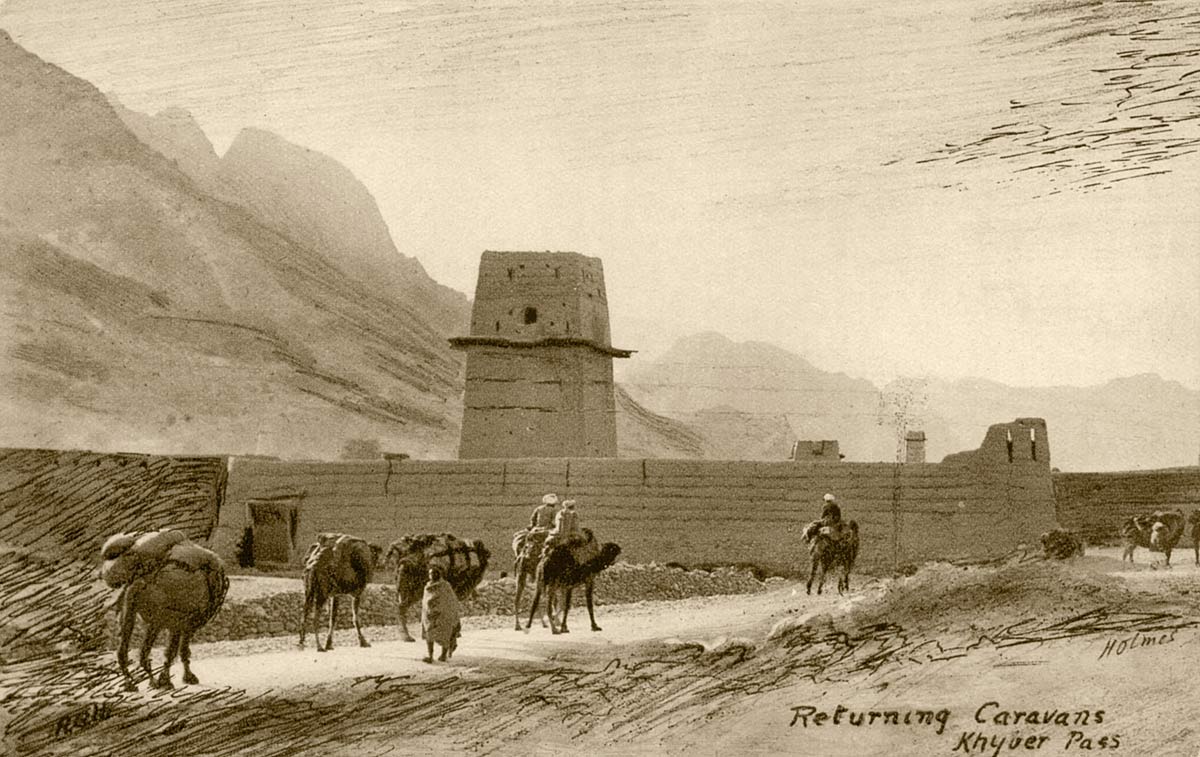 The area around the Khyber Pass is and was dotted with fortified towers where people could barricade themselves in case of attack and store grain; during the many British military expeditions in the area during the 19th and early 20th century the objective could be to destroy as many as possible. Holmes as a Peshawar-based studio founded in the late 19th century that lasted until 1947; their sepia postcards were often characterized by unique flourishes like the drawn lines in the top right corner which give them a distinctive artistic bent. Randolph Holmes, who ran the studio his father started around this time was an amateur painter.