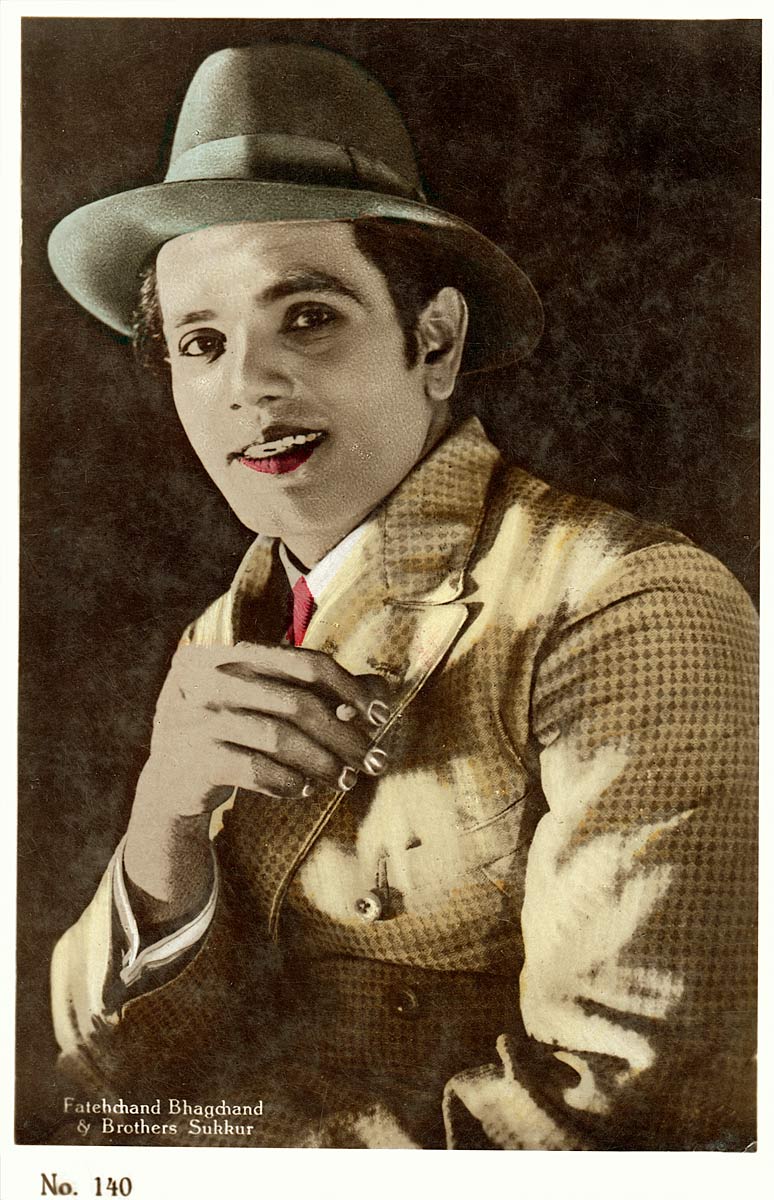 P.K. Raja Sandow (1894/5-1943) was one of the most famous silent film actors of India, and later a producer and director as well. Born in Tamil Nadu, he was given the name "Sandow" after a well-known German body-builder of the time. This is a rare hand-colored real photograph by a Sukkur, Sindh firm known for exceptional filmi postcards.