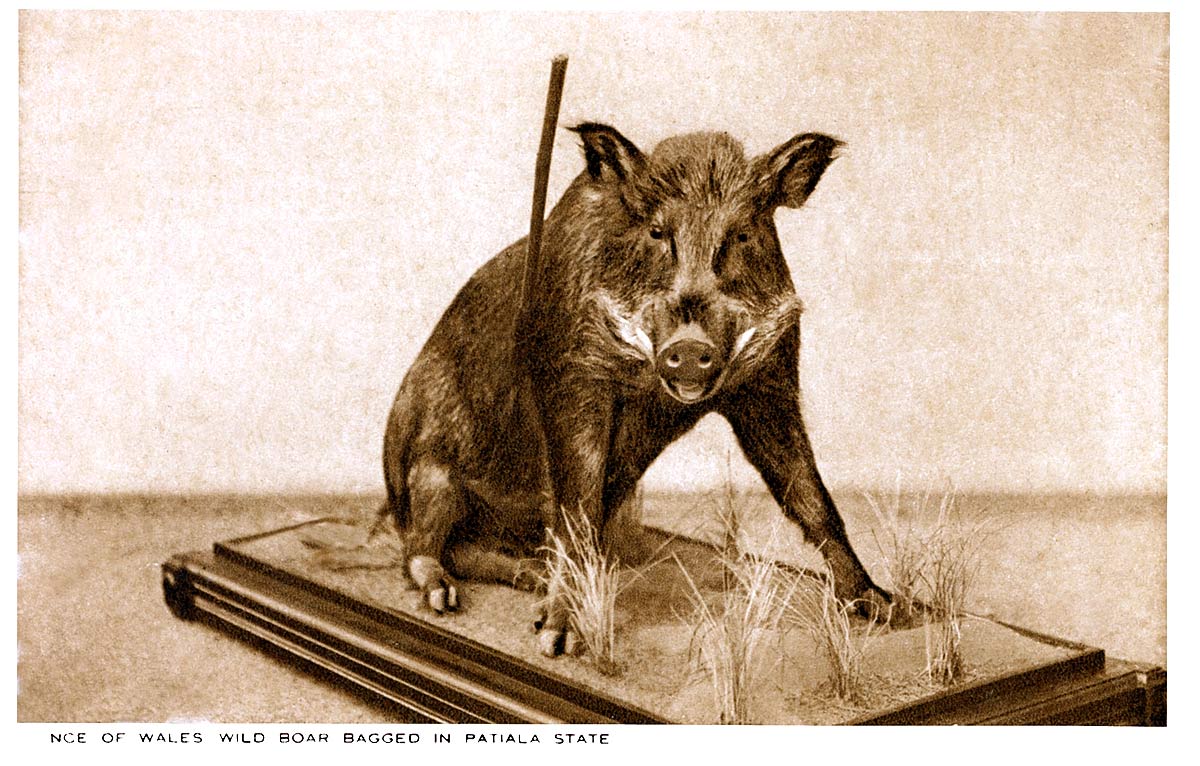 This card was part of a series published in connection with the British Empire Exhibition in Wembley in 1924, copyright and likely sponsored by the Patiala Government. It is one of those postcards that makes one reflect on the multiple levels of simulation offered to the user. The wild boar is dead, but looks alive on a platform arranged to look as if it is in the brush, with the stick that might have killed him thrust in its body.