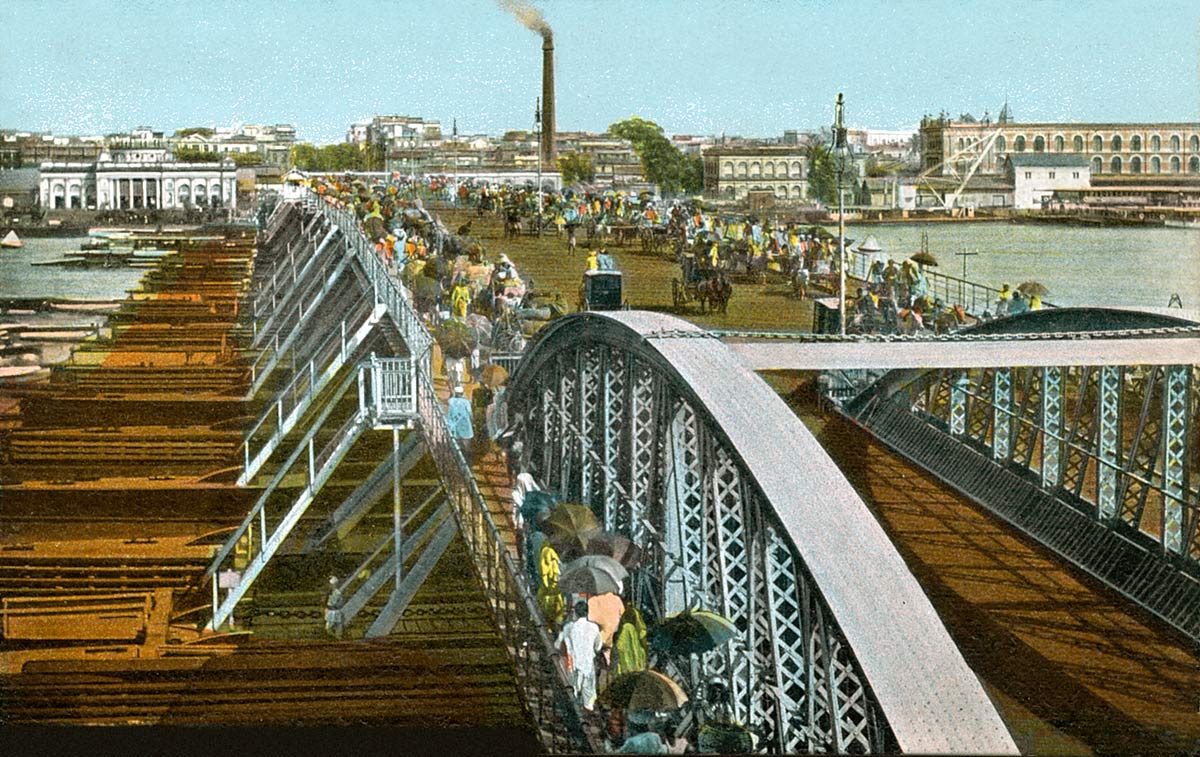 The Pontoon Bridge on the Hooghly. Calcutta.

The original floating bridge on Kolkata's major river, replaced in the late 1930s by the iron Howrah Bridge. While this postcard was likely from a Johnston & Hoffman photograph, it was probably produced by F. Hartmann in London, one of the first British-based publishers of India postcards starting as early 1902. The electrotype (printed text) on the front and back are similar to other coloured Hartmann postcards, and often provide the best clues to a publisher who might leave their own imprint or logo off a postcard for versions they wanted to sell to other distributors.