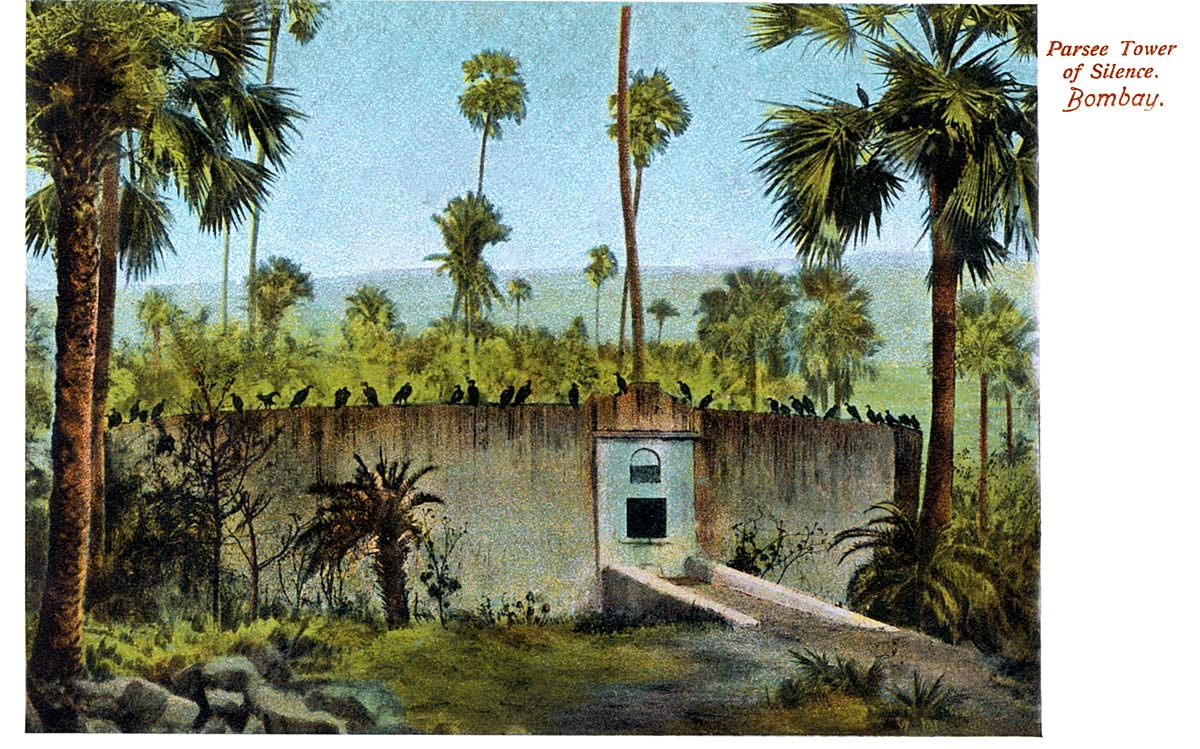 Who knows what motivated the Austrian writer Stefan Zweig to send this postcard to Miss Hirschfeld in Vienna from Bombay on December 30, 1908? The 27-year old Zweig, a budding novelist whose popularity after World War I was unparalleled among German writers, mailed it to Miss Hirschfeld just after having heard that she was to be engaged: [Recto] “Most honored Miss. I greet you many times still as a Miss – with your understanding I hope.” [Verso] “I wish you luck for Hannover over everything else. For myself, I can wish for nothing more than India – it is incredibly wonderful and terrific.” Handwritten on the front of another card, unsent: “This is the celebrated Tower of Silence where the Parsees put their dead + the vultures eat all the flesh off them You can see them waiting around the walls for their dinner I saw about 200 of these birds feeding on a dead body in the Hooghley just recently.” Many versions of this postcard were published by different publishers and mailed as late as 1952 from Mumbai.