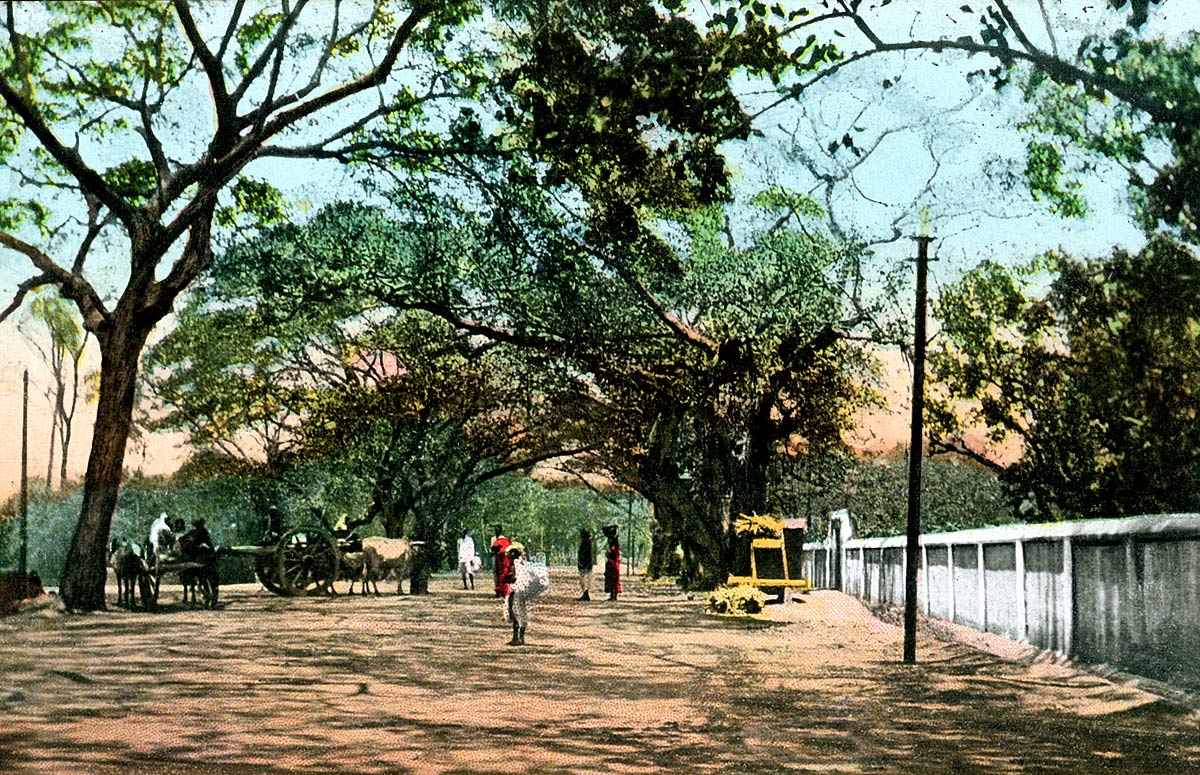 Historical records in Chennia mention Nungambakkam as one of the three villages (in addition to Egmore and Chetput) that the British East India Company purchased in 1743 to form the port city of Madras. During the 1850s, several colleges and public buildings were built in the district. Spencer & Co., the publisher of this card, was one of the city's most prominent general merchants.