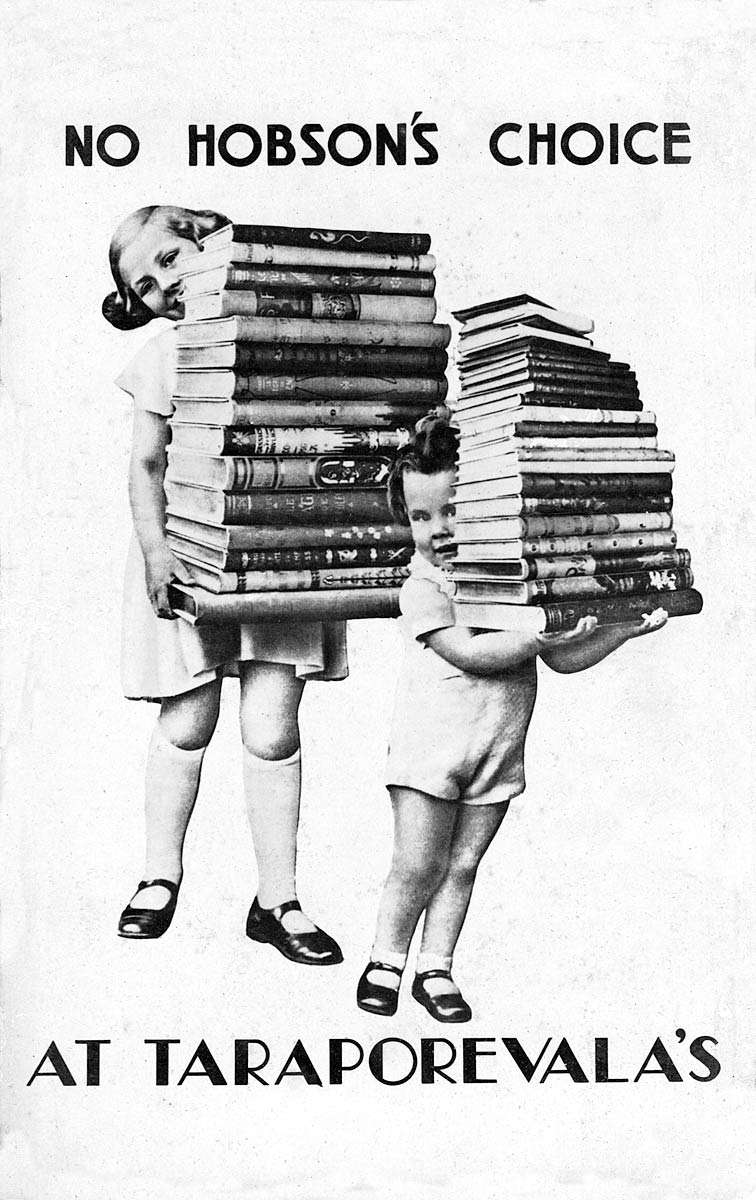 No Hobson's Choice at Taraporevala's

A clever advertising postcard from what what Bombay's leading bookseller and major postcard publisher at the turn of the century. A Hobson's choice is a choice in which only one thing is offered; here the viewer is reminded that there are many, many choices at this bookstore. It is unlikely that the two children could carry the heavy tomes shown though, but it was probably an effective use of humour. It is unclear whether this was a British card branded for Taraporevala's, or whether this was its own custom card.