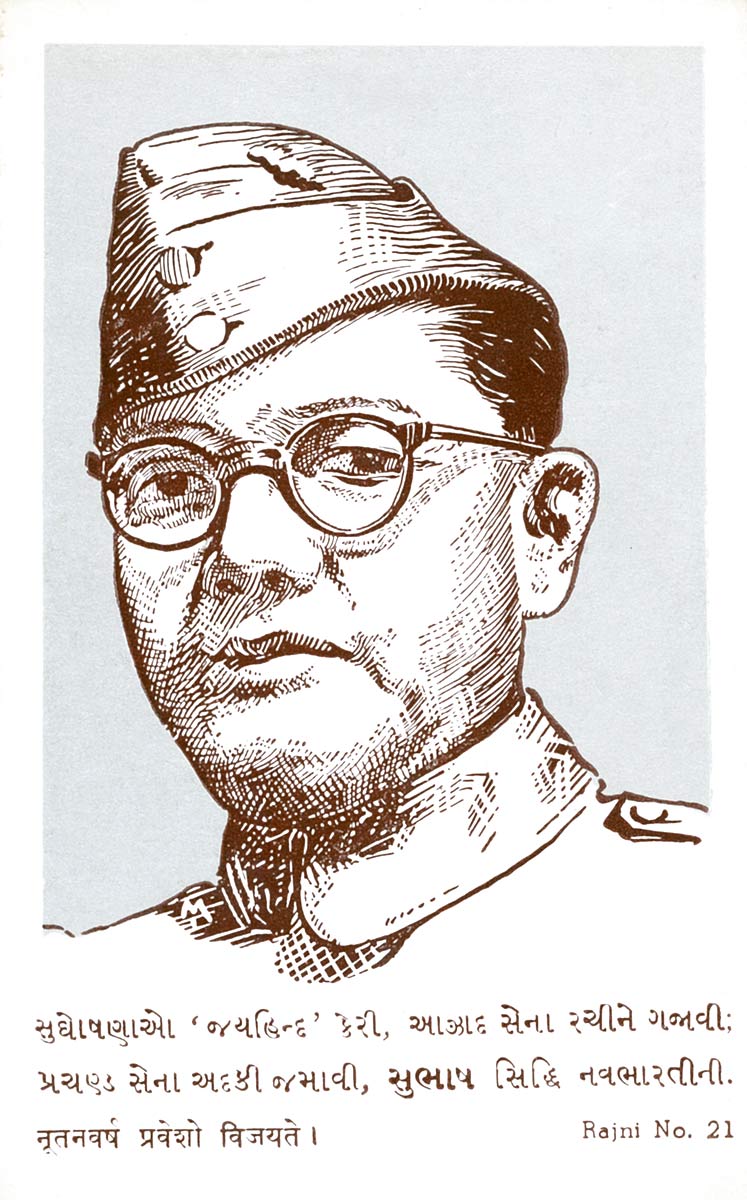 Subhas Chandra Bose, also known as Netaji, was one of the most famous leaders of the Indian freedom struggle. A onetime leader of the Indian National Congress, broke away from the party at the outset of World War II and championed the immediate independence of India. With German and Japanese help, Subhas Chandra Bose constituted the Azad Hind Government in exile and led the Indian National Army to fight against the allied forces in Burma. He died before the end of World War II in a plane crash.

[Translated from Gujarati] “Mighty midget Subhash (Chandrabose) formed a mammoth battalion known as Azad Sena which filled the air with throbbing Jai Hind. He truly was a Hero of New Bharat (New India).”