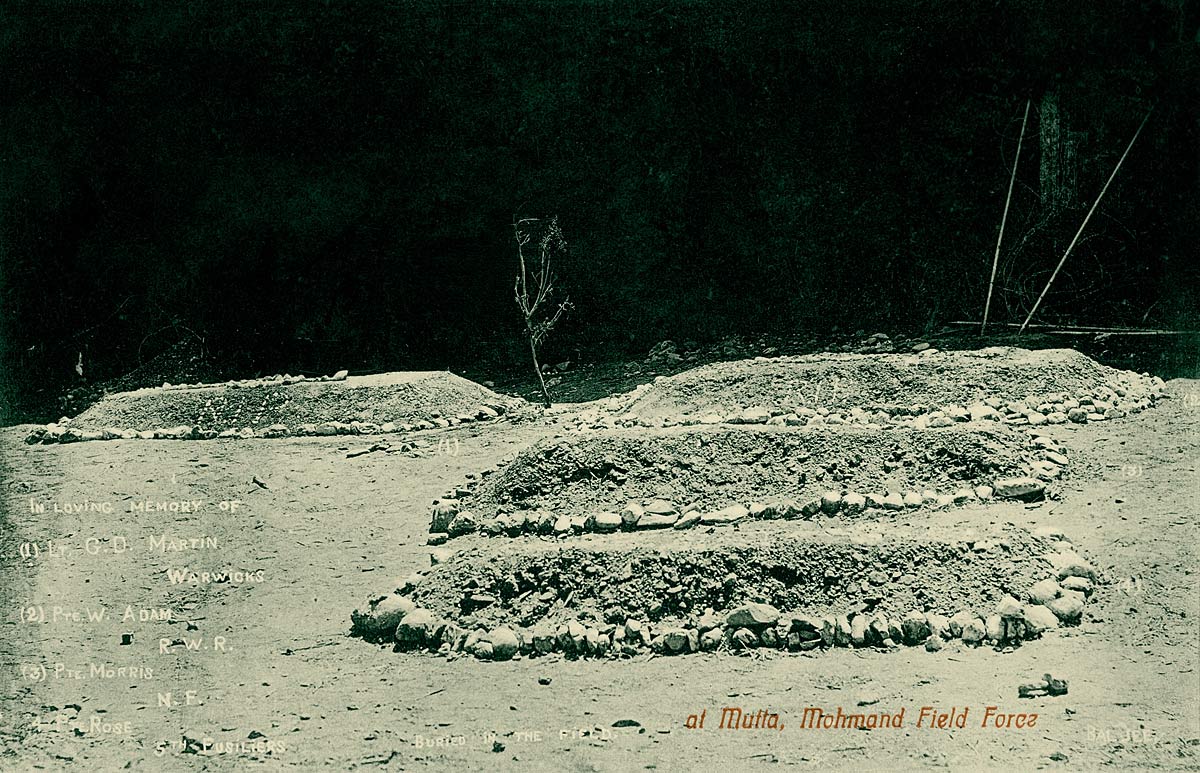 Graves of British soldiers killed in August 1908 during a British military expedition against Mohamand tribes northeast of Peshawar who had launched a surprise attack against the city on April 24, 1908, fomenting what one British general called a "weekend war" that extended well through the summer. This is a rare postcard with a veil of black in the background, adding to the somberness of the scene and hiding what seems to have been a forest. Note the "Buried in the Field," on the original albumen photograph. Baljee was an army photographer who accompanied numerous British military campaigns in the Frontier.