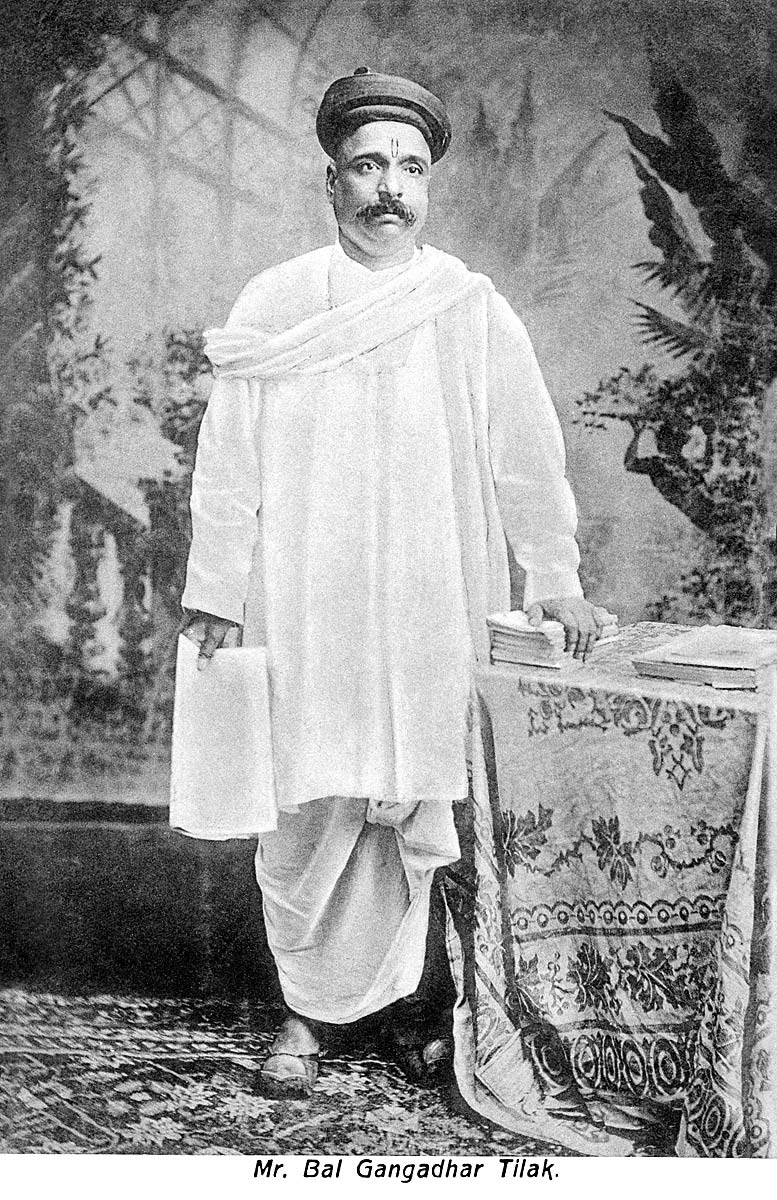 Also known as Lokmanya ("accepted by the people as their leader") Tilak, this Maharashtran was one of the first leaders of the Independence Movement, and someone who used the plague and other injustices of British rule to rally people around the cry for Independence, especiallyin his hometown of Bombay. The Raj referred to him as "the father of Indian unrest." Born in 1856, he died in 1920 and afterwards, wider leadership of the Independence Movement passed to Gandhi. A founder of schools and Fergusson College in Poone, he also taught mathematics there before becoming immersed in political activities. He spent six years in prison in Mandalay, Burma.