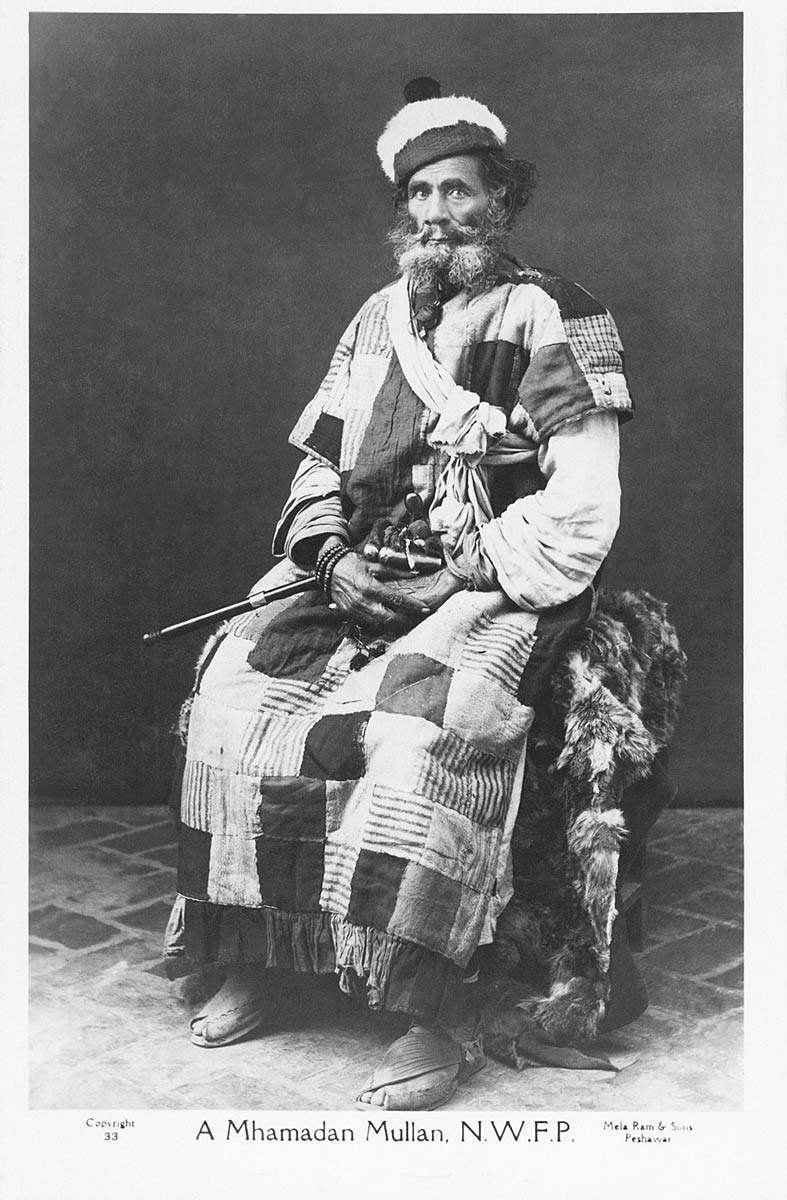 The word Mullah owes its origin to the Arabic "mawla", or "guardian." A mullah is the Muslim equivalent of a priest or religious authority and guide. In villages, a mullah often serves as a religious cleric and was often the primary school teacher, especially in the North West Frontier Province where this mullah had his home.

[Verso, handwritten, possibly in the 1930s] "Dearest Spens [sp?], How art? I'm having a rare time with your nephew! He's a devil [devil] but such a pet–you'd be so amused at him I think he is heading for an actor. When you pick him up he throws up both arms and looks dreadfully alarmed, as if to say 'boo chap! Now we're for it!' It nearly sent me into hysterics, and he has a most adorable way of stretching himself like an old man.
It's darned hot here now and we are off on Sunday week – a month in Kashmir then think Murree. I'm wondering how Geoffrey will take the long journey in the car. Cheerio, lots of love, Kathleen"