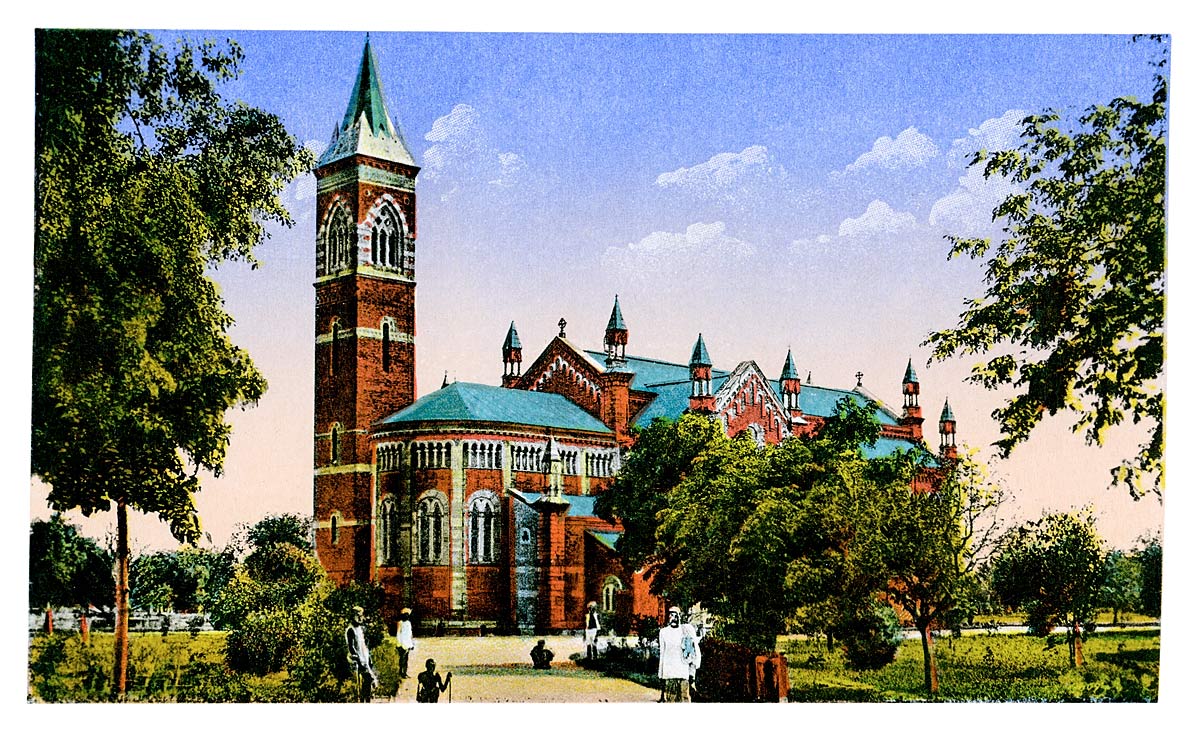 The Memorial Church in Kanpur is also called "All Soul's Cathedral"

Kanpur Memorial Church was erected in 1875 in the memory of British soldiers and civilians who died during the 1857 War of Independence or what the British called the Mutiny. During the struggle, a number of British women and children were killed and buried in a well, while others died fleeing under an agreement on the banks of the Ganges. These events inflamed British consciousness in the 19th century and thereafter, and a memorial church was designed by Walter Granville, an architect with the East Bengal Railway, and often featured on postcards from the cantonment city.