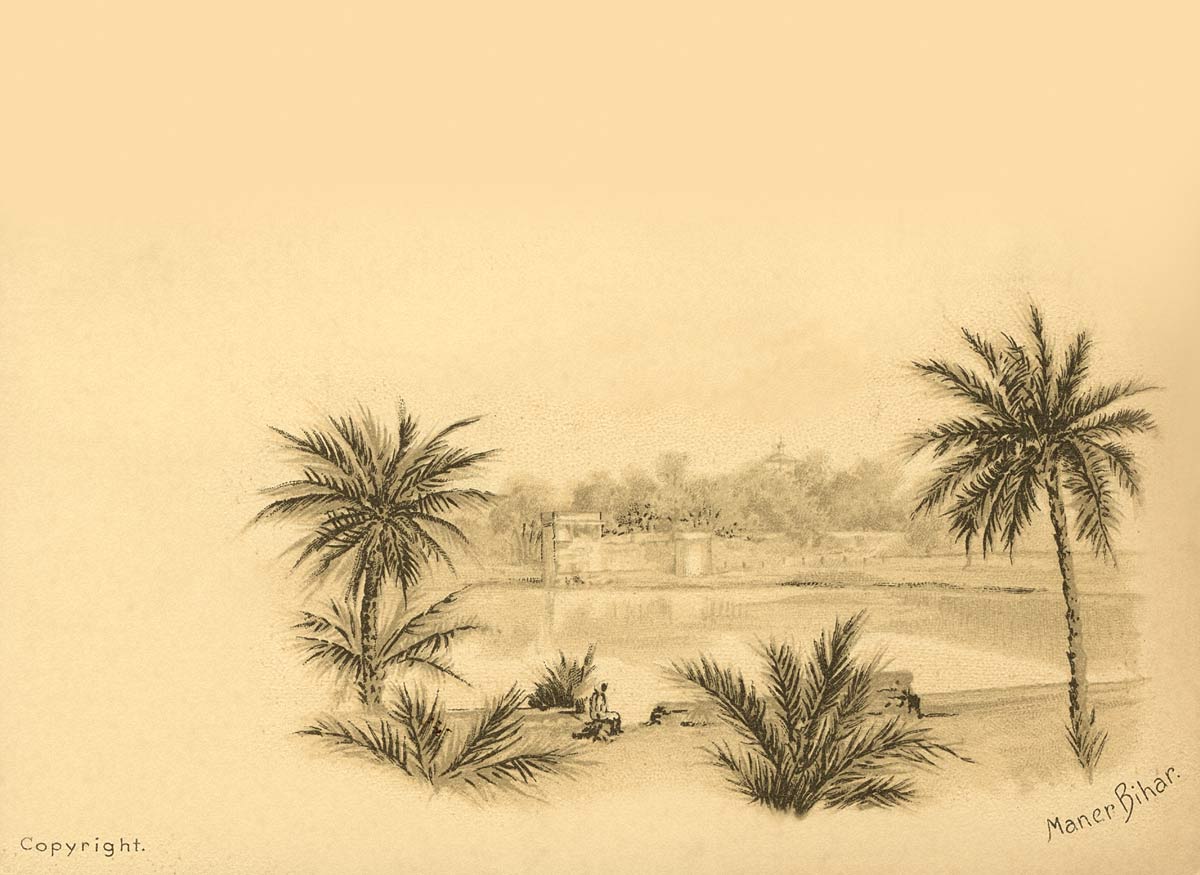 This unusual, sepia-ish lithographic postcard is probably by Paul Gerhardt at the Ravi Varma Press even though it is not signed by him with the Press imprint. It was not until 1898 that Gerhardt seems to have started signing his name or initials, sometimes with a date on his cards, this may well have been an earlier more experimental card as it was not until 1899 that the Press seems to have received a contract to deliver one lakh cards to a retailer. The card has Gerhardt's signature palm trees in the foreground.

Maner or Maner Sharif is not far from Patna, and houses the tombs, among others, of the 13th century Sufi saint Kamaaluddin Yahya Maneri.