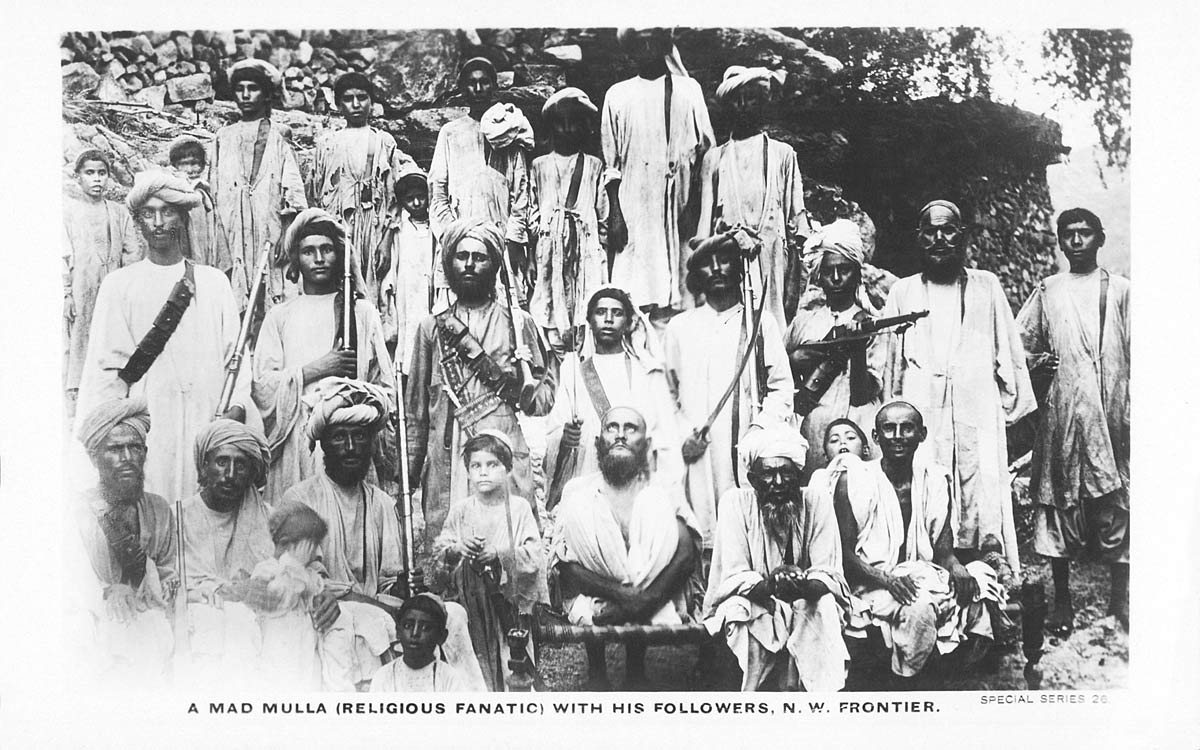 A Mad Mulla (Religious Fanatic) with his Followers, N.W. Frontier

The British fought a nearly continuous series of campaigns against various tribes and groups led by Muslim religious leaders during their conquest and occupation of what became the North West Frontier Province (NWFP) of British India. Groups like this one from the 1930s incurred British army expeditions and bombing campaigns nearly every decade from the 1850s onwards until Independence in 1947.

Photographers like K. C. Mehra not only photographed the British army convoys and soldiers, and as seen here, but also the rebels they fought against. During the 1930s, postcards of dead, often bloodstained "raiders" lying on the ground or wrapped in cloth on simple beds were also sold in Peshawar and other military cantonment towns.