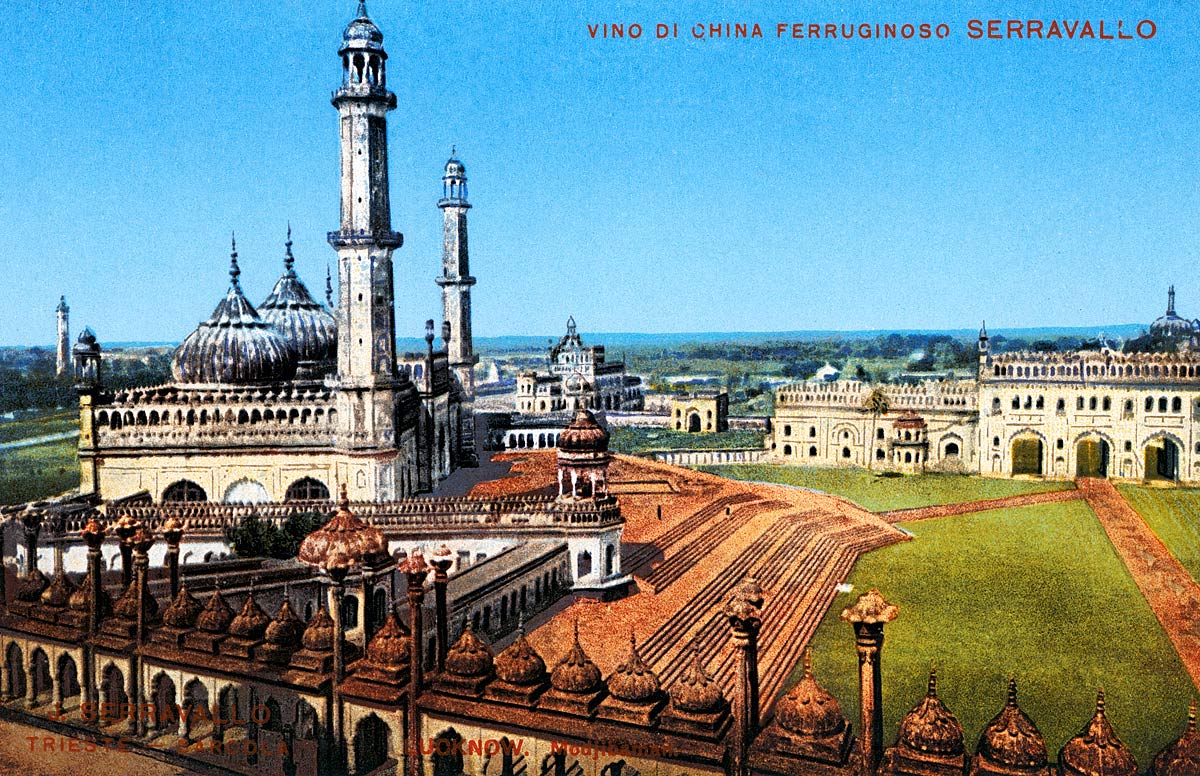 This view of the Aasafi Mosque in Lucknow was published by J. Serravallo in Trieste, Italy, then part of the Austro-Hungarian Empire. Advertisers funded many of the earliest postcards, and this seem to be a rare lithographic postcard with the detail that suggests that it was made from a photograph of drawing. The "China" or "Bark" wine this set of cards promoted was actually a source of nutrition to improve blood, encourage appetite and strengthen nerves. Remarkably, it is still sold as beneficial to new mothers. Just as remarkably, many early publishers of advertising postcards of India are still in business, including Lipton's Tea, Nestle and Texaco.