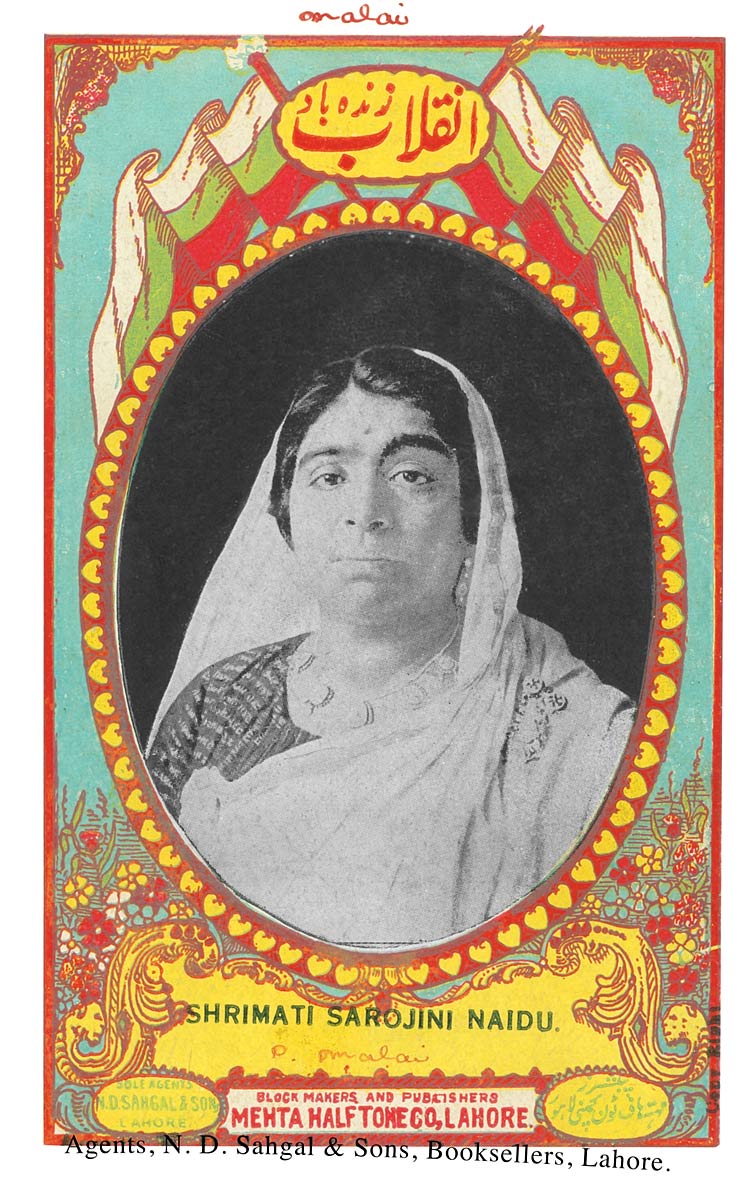 An advertising postcard celebrating the Independence struggle and the poet Sarojini Naidu, who the Turkish poet Halide Edib, then on a visit to India, described in her book Inside India (1938, p. 44):

"Sarojini is a poet. I cannot judge her as such, for I read next to no poetry. As an orator she stands high, not only in India, but in the world. That I could judge only after my Indian visit; for I had not heard her speak in public abroad. In Salam House [Dr. M. A. Ansari's home in Delhi] I became aware of the infinite variety of her moods. I could never size her up. She passed from one mood to a totally unexpected one. When you were thinking her rather cruel, you suddenly found her as tender, as kind, as any woman could be. When you thought her nationalism was expressing itself in somewhat narrow or aggressive terms, you found a universality of spirit, a comprehension of humanity, which led you to think of her as a true citizen of the world.

"In the morning she paid me a flying visit. Always in a different sari, always alert and alive, ready for the day's work. Her social activities alone were enough to tire the strongest man. In the evenings she came back late. She joined us round the fire throwing herself into a chair, shedding her slippers and warming her bare toes. Satisfaction radiated from her warm being. Her coffee-coloured eyes sparkled from under heavy lids. She talked, gesticulating–with her expressive brown arms–Indian women have limbs which speak."