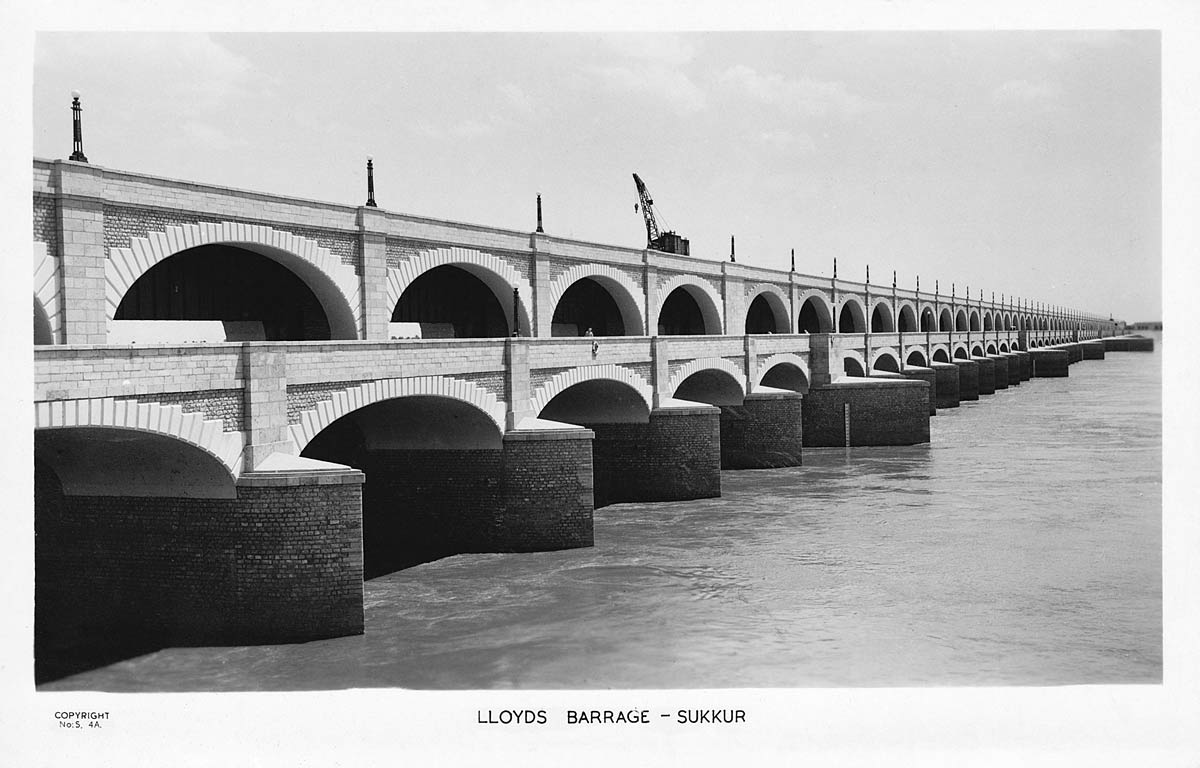 Lloyd Barrage was opened 1932 in Sind province on the lower Indus River area. It was the largest irrigation project ever undertaken, and brought over 6 million acres under cultivation. Some of the canals it fed downstream were larger than the Suez Canal. The main objective of the barrage was to ensure a stable supply of water in normally rain-fed regions that were not nearly as productive agriculturally as they became once the barrage opened.

Sukkur Barrage helped transform Sindh and make Karachi a major port city in the 1930s, and the capital of the new nation of Pakistan towards the end of the next decade. Today Karachi is one of the world's largest cities. The Sukkur Barrage itself, and its allied canal system, however are beginning to show significant wear and tear due to water-logging and other problems, and their upkeep is becoming a major issue for the provincial and national governments.