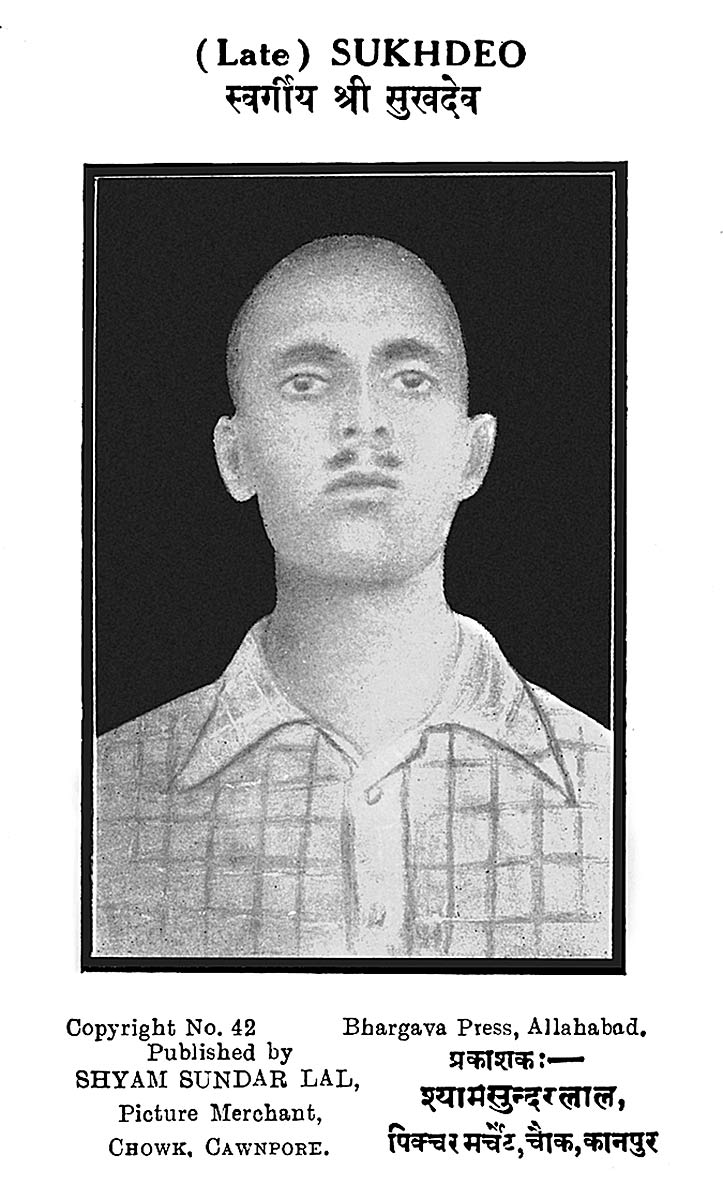 Sukhdeo (Sukhdev) was born as the son of Ram Lal in Lyallpur (now Faisalabad in Pakistan).

Sukhdev (1907 - 1931) was a very popular revolutionary in India's freedom struggle. He organized revolutionary cells in the regions of Punjab in the 1920s and was a close associate of Bhagat Singh. Sukhdev was hanged with Bhagat Singh and Rajguru on 23rd March, 1931 after the three were sentenced to death in the famous Lahore Conspiracy Case that galvanized the Indian freedom movement. He had assassinated a British officer in revenge for the death of the Punjabi leader Lala Lajpat Rai following a demonstration in 1928. Postcards like this were celebrated these widely popular figures in the Independence struggle.