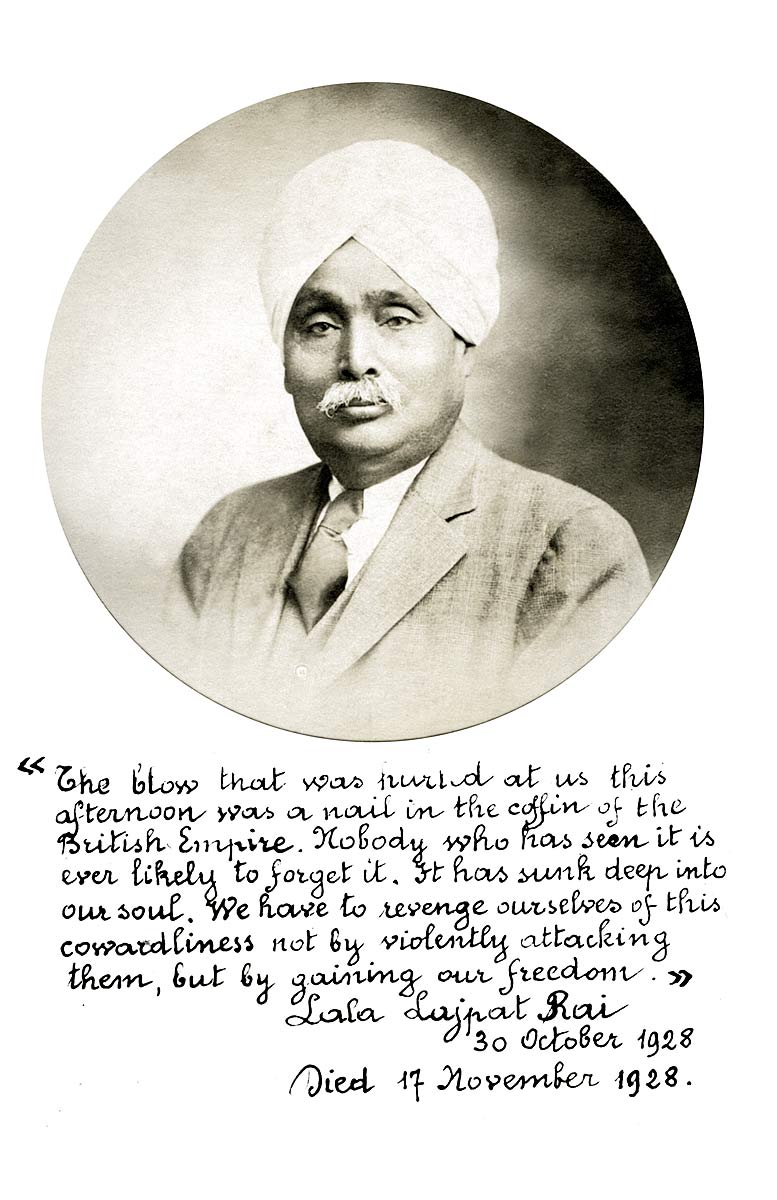 [Original caption] "The blow that was hurled at us this afternoon was a nail in the coffin of the British Empire. Nobody who has seen it is ever likely to forget it. It has sunk deep into our own soul. We have to revenge ourselves of this cowardliness not by violently attacking them, but by gaining our freedom." Lala Rajpat Rai 30 October 1928. Died 17 November 1928. [end]

Lala Lajpat Rai was a Punjabi lawyer prominent in the Independence struggle who was badly injured by the chief British constable on the scene at a non-violent demonstration in Lahore in September 30, 1928 to protest against an all-British commission set-up to investigate Indian grievances. He died a few weeks later. This French postcard included his immortal words that became a rallying cry across Indian against colonial rule.